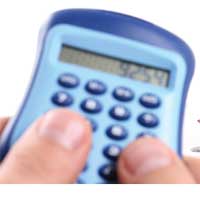 What should you do if a seller insists their property is worth more than you think stands any chance of success, or who needs to sell quickly but is reluctant to adjust their price expectations?

A frequent source of complaint is the suggested asking price given in a market appraisal, usually by sellers disappointed with the price they ultimately achieve. They complain of over-valuation at the point of instruction, or of selling below market value. Sometimes both, which may seem a contradiction in terms to an agent trying to answer their complaint.

An unusual valuation complaint, however, was recently made to my office. A would-be seller complained that the estate agent had so undervalued her property that she was prevented from instructing them.

Closer consideration revealed that the complainant had been trying to sell her property for three years, using a number of local estate agents, but had attracted no interest at all at the asking price she had set for her property.

The estate agent about whom she complained had put forward a well-reasoned explanation as to why they felt the property was worth 20 per cent less than she was seeking, and supported their advice with prices achieved locally for comparable properties. In particular they had taken into account that, since she bought the property, lenders had tightened their lending criteria such that the property had become unmortgageable. She needed to attract a cash buyer. Though their advice was not what she wanted to hear, it was demonstrably frank and fair, and I commended the agents for declining to market the property at a price they felt stood no realistic chance of success.

The irony of the complaint, which was by no means lost on the complainant, was that she had bought the property years earlier through the same estate agent, and had paid more than they were subsequently recommending as an asking price. I understood why she felt she had overpaid, but made the point that when she bought, the estate agents in question were working for the seller and had no duty to her as a buyer to advise on what she ought to pay.

It seems that the complainant found another agent who was willing to market the property at a price which was more palatable to her. I have not yet learned whether she has finally managed to sell the property, and if so, at what price.

It is a commercial decision for any estate agent as to whether they are prepared to market a property at a price on which their seller client insists but which they consider unachievable. However there is a significant risk of later complaint in such situations, either because the seller blames the agent because they have not sold or because they are disappointed with the offers received. It then becomes essential that the agent can demonstrate to me that they advised the seller client frankly and realistically, both as to a suitable asking price and likely selling price, and that in doing so, they acted in accordance with Paragraphs 2a and 2b of the TPO Code of Practice.

Fundamentally, Paragraphs 2a and 2b of the Code of Practice expect estate agents to be able to show that any figure advised as to an asking price or a likely selling price was given in good faith and reflected market conditions. It must be supportable, wherever possible with comparables. Marketing strategy must be kept under regular review.

If an agent is asked to market at a price they think is unrealistic, they should confirm their advice as to what is a suitable asking price and likely selling price in writing. Recollections of converations at the point of instruction are all too often a matter of dispute.

In a recent case, I considered the potential pitfalls associated with marketing valuations. The case exemplified the dilemma faced by estate agents. The sellers complained of overvaluation to secure their instruction and undervaluation to achieve a quick sale. Typically such complaints arise where the estate agent has given advice on an asking price, is instructed, and later recommends a price reduction. If followed by a quick sale, sellers can sometimes feel that not only was their property initially over-valued to gain an instruction, but that they have then undersold so that the agent earns a quick commission. My office receives many complaints from sellers who feel they have been duped into instructing an agent by the prospect of a high price, only to discover that they achieve much less.

In the recent case, the estate agent had recommended an asking price which both parties understood was ‘high’. The complainants were aggrieved that only two weeks after they instructed the  agent, they were advised to reduce the asking price by five per cent. They were then advised to accept an offer after six weeks marketing which was ten per cent below the original price. 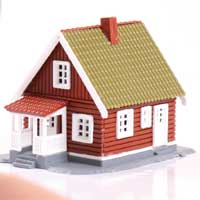 At first sight, it is easy to understand why the complainants were disappointed and blamed the agent, but, again, closer investigation revealed that the situation was not as clear-cut as the complaint suggested. At the time of the valuation, the complainants had no onward purchase in mind. They wanted to test the market and discussed a marketing strategy which involved starting at a high asking price with a view to reducing if needed. I commented that as long as it is clearly explained and suits the client’s circumstances, it is a fair tactic for an agent to suggest testing the market at an optimistic price to assess the level of interest and achieve the best possible price, provided the marketing strategy is kept under regular review.

In the brief time the complainants’ property was being marketed at the initial price, there was one viewing, which attracted no adverse comment about the price. However, the complainants’ situation changed after two weeks when they found a house on which they wanted to offer. They needed to be in a proceedable position to compete with other applicants who were looking at the same property. In short, they needed to find a buyer quickly and asked the estate agent for their advice.

I considered two questions. Was the initial asking price supportable, reflecting market conditions, or was it inflated to secure instruction? The letters sent to the complainants and the market appraisal records within the agent’s file showed that the agent had acted in good faith and took all relevant factors into account, including what was then the complainants’ position as prospective sellers. There had been a viewing at the initial price. The final sale price was within ten per cent of their initial recommendation. The ‘high’ asking price had not, it appeared, discouraged viewings or culminated in offers outside usual parameters for negotiation. There was nothing to support a conclusion that the price was so inflated as to amount to a misrepresentation of the value of the property in order to gain instruction.

The second question I considered was whether, once the agent realised that the complainants needed a buyer quickly, they gave the right advice to reduce and sell for less than initially hoped. Over the four weeks which followed the five per cent price reduction, there were seven viewings and two offers, one of which was accepted. It appeared to me to have been the right advice to achieve the complainants’ objectives, in that it stimulated interest and the offer achieved was a fair reflection of the complainants’ changed circumstances.

Key lessons for estate agents to take away: 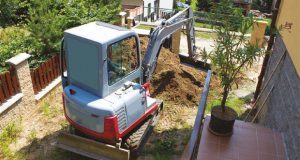