Half of tenant subletting occurs without consent

A third of tenants wish to sublet their properties, while many landlords slash amount they spend maintaining rental homes. 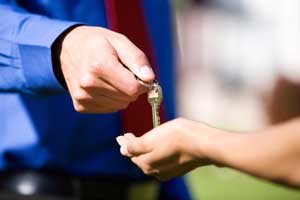 Landlords and managing agents should regularly check their rental properties to ensure that their tenants are not subletting without consent after new research found that almost half of tenants who sublet their property do so without their landlord’s permission.

The findings from the NLA found that of the 11 per cent of tenants who say they have sublet all or part of their property before, just 5 per cent did so with their landlord’s authorisation.

The NLA is now urging all landlords to insert a clause into new tenancy agreements that makes clear sub-letting is only permitted with the landlord’s consent, which should not be unreasonably withheld.

“This would reduce their exposure to a whole host of unnecessary risks, including hefty fines and even a prison sentence,” said Carolyn Uphill (left), Chairman of the NLA.

Overall, the findings show that 32 per cent of tenants have approached their landlord about sub-letting their property, with 22 per cent of requests being permitted by the landlord.

“These findings indicate that subletting is not common in private rented homes, but worryingly that where it does happen, much of it takes place behind landlords’ backs, without their knowledge or permission,” said Uphill.

She added, “This isn’t something apparently harmless, like putting your flat on AirBnB while you are on holiday. We are talking about individuals looking to deceive their landlord and maximise their personal gains at the expense of proper property management standards and the risk of others. It not only increases the cost of renting for the unwitting sub-tenants, it affects their rights and can reduce security of tenure.

“Subletting can also breach a landlord’s mortgage terms, the conditions attached to licenses granted for letting out shared homes, and invalidate existing insurance products – so they must be aware of the problems it presents.”

Meanwhile, the impending change in the tax system has prompted many landlords to slash the amount they spend maintaining furnished rental properties, according to new research by the chartered accountancy firm, HW Fisher & Company.

In a study of residential landlords, the company found that 31 per cent intend to spend less than £250 on maintaining furniture and fixtures in the existing tax year. The figure compares poorly with previous tax years with 86 per cent of landlords saying they usually spend more than £250 per year.

Their reluctance to spend on maintenance now appears to have been triggered by a planned change in landlords’ tax allowances that gives them a perverse incentive to delay spending until next April.

The existing wear and tear allowance, which is claimed by the vast majority of landlords letting furnished property, will be abolished from next April in favour of a new system, under which they will only be able to deduct costs they actually incur.

Tim Walford-Fitzgerald (right), Tax Principal at HW Fisher & Company, explained, “The new system is intended to be fairer and more transparent, only giving landlords tax relief for the money they really pay out.

“But the impending change has thrown up an anomaly – landlords can spend nothing on maintenance this year and still claim 10% tax relief on their rental income. And they could save more tax on what they do spend if they delay doing so until after April.

“So it’s not surprising that many are holding off on all but the most essential maintenance until the next tax year. This is smart tax planning – but it will come as little comfort to tenants struggling with battered furniture and tatty carpets in their homes.”