The world of TV programme 'Homes under the Hammer' is changing rapidly as new ideas and technologies arrive. But what do agents think? 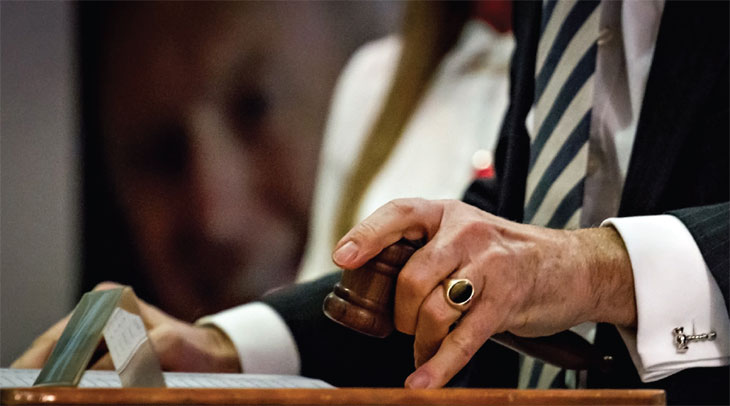 As the property auctions industry focusses on the perceived changes being brought about by online only agents, too few people talk about property auctions. But it is an increasingly mainstream sector that estate agents can easily enter to sell more properties, achieve higher prices and make more money.

Auction sales used to be seen as the last port of sale for unloved and unwanted homes being sold for a song. Then they had a boost when buy-to-let became popular, but now it’s becoming a credible primary market for all manner of properties from mansions to redundant public conveniences.

And the structure of the auction market is changing. Smaller auctioneers are selling out to larger ones, others are becoming part of a network or franchise, so is it growing… or shrinking?

James Emson now heads the long-established family firm, Clive Emson. James says that while the share of the entire market is relatively small, the impact that auctions have on the residential property market industry can be felt nationwide. 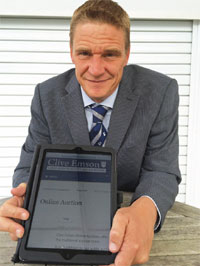 “Auctions are used as a barometer to show the state of the market, reflecting public opinion on the value of land and property at any given time. For reasons of speed and transparency auctions have enjoyed steady growth over the last few years and 2016 is looking no different. The merger of larger brands does have a visible effect on the ebb and flow of the market but so do many other factors.”

Ian Kitson, Associate, Cheffins, agrees, “The recent mergers reflect the strength and confidence that the acquiring companies have in the market. The ominous trend for private treaty deals to get more and more complicated, together with a greater awareness of the auction process, has encouraged increasing number of clients to try auctions, due the simplicity, transparency and surety of the sale.”

We handle all auction aspects and fee arrangements and share commission… and introducing agents are on a split fee that gives 70 per cent to the partner agent. This is industry leading! Toby Limbrick, Network Auctions.

But is the awareness bringing growth? Toby Limbrick, Managing Director at Network Auctions, says the traditional auction market has remained steady for some time at around two per cent of UK transactions annually and this is set to continue. “Growth in the market is likely to come through new services like Network E which provides a realistic alternative to standard private treaty sales and is therefore set to increase the overall auction share of the market,” he says.

Auction House Director, Roger Lake says that despite EIG’s reports of a ‘falling off’ in the market, caused by the Stamp Duty surcharge and Brexit, the Auction House picture is “rather more buoyant with 2,409 lots sold in the first three quarters, slightly up on last year. The auctions market is opening up to a wider public as well as becoming more concentrated – more private buyers are now purchasing at auction for their own occupation.

“We have noticed that the investor market has slowed in some areas and that traders have become more cautious. There doesn’t seem to be any weakening of the desire to sell by auction, indeed more private vendors are now choosing to do so and this has, in part, compensated for the drop off in repossessions being sold under the hammer.

“Further concentration in the market should be seen favourably rather than as a threat, competition has intensified between the bigger players and the auction market is generally performing well. We certainly believe that the auctions market will grow as more private sellers become educated and new buyer groups gain the confidence required to succeed in a competitive bidding environment.

We are on a mission to become the estate agents’ number one choice for auction services. We can provide everything an agent needs to enable them to successfully offer auction alongside their independent agency business. Rob Clifford, SDL Auctions.

Rob Clifford, Group Commercial Director of the SDL Group, parent company of SDL Auctions is sure that demand for auction is growing. “I believe this is down to more flexible auction options being available for vendors. With the introduction of conditional and online auctions it is definitely becoming a more mainstream choice.”

All four of these auctioneers now work with independent estate agents, but is their involvement just an occasional punt with a ‘difficult’ property or does it require significant input and commitment from the agent?

Ian Kitson, Associate at Cheffins, says it’s very easy, “We tailor our service to any estate agent, some like to be prominent in the sale process; involved with viewings and handling offers, others prefer to remain completely out of sight and adopt more of an introducer role. Having a good relationship with an auctioneer can help an independent agent to offer an increased level of service to potential clients and provide an added revenue stream.

Rob at SDL Auctions is even more positive, “We are on a mission to become the estate agents’ number one choice for auction services. We can provide everything an agent needs to enable them to successfully offer auction alongside their independent agency business.”

Other agents fancy the auctioneer status – to be up there, loud and proud. Toby Limbrick says that joining Network Auctions is easy. “Full training is provided alongside all marketing support. One of the main benefits of Network Auctions is that the independent agent benefits from a reinforcement of their own brand rather than sacrificing this for the benefit of an external auction house.”

It seems attractive, even impressive to be able to include auctions in your services, but, if you are just ‘working with’ an auction house, is it worth the effort?

The auction franchise, Auction House Cumbria is a good example. In 2015 they paid out £169,000 in introductory fees to 26 estate agency branches. All of these estate agents retained their independence, received benefit from promotion in the Auction House catalogues and earned a fee share similar to the level that they would have billed at if they’d sold it themselves.”

James Emson explains the costs and benefits, saying that property auctioneering is a high profile business and the cost involved in running eight, five day auctions a year is high. “Therefore in many cases a minimal entry fee is payable on entering a lot into an auction with the remainder received, in most cases, as a percentage of the sale price. In some cases fixed fees are agreed but this is left to the discretion of our network of auctioneers. This allows us to work alongside local estate agents, surveyors, letting agents and property managers to provide the best level of service, which in turn helps to achieve best price on the day of the auction.”

Some auctioneers are even more generous. “We believe we are able to pay agents more than any other provider,” says Rob Clifford at SDL Auctions. Minimum fees to the agent are £2,500+ VAT per sale, though in many cases they will receive more than this, providing their vendors with another route to sell their home without affecting the agents’ existing business model.”

And Toby Limbrick says that Network Auctions handle all auction aspects and fee arrangements and share commission… and introducing agents are on a split fee that gives 70 per cent to the partner agent. “This is industry leading!” says Toby.

It all sounds marvellous, does it translate to real benefits for the agent?

James Emson says, “In every auction we receive multiple lots from estate agents. In many cases, these properties have had sales continually falling through. Referrals also come from letting agents who are not in a position to offer their clients’ investment properties for sale.

In the first nine months of this year we have paid over £900,000 in commission to our joint agents. These fees would, in many cases, be lost to the referring agent if the referral had not taken place.

Ian Kitson, Associate, at Cheffins, says he can prove the returns are worth the agent’s effort in referring properties to them. “Within our last auction our commercial agency team were asked to sell a mixed-use property in central Cambridge. Our team knew that these properties were in strong demand and had seen a similar property sell successfully in a previous auction. The property was subject to numerous pre-auction offers and sold in the room for £484,000 against a guide of £325,000.

“The client was delighted that the price far exceeded his previous valuations from other agents, and that the auction process meant that contracts were exchanged with completion just a few weeks later.”

Meanwhile in Reigate, estate agency Power Bespoke has recently sold a property in Redhill using the Network E service (Network Auctions). The property attracted 88 bids and sold at a price over £100k ahead of guide. The publicity achieved enabled Power Bespoke to win further business.

“Elliott Residential in Watford also sold a property via Network E at £1,035,000. The property attracted over 60 viewings and had 64 bids resulting in a sale £150k ahead of guide. Like Power Bespoke, this sale enabled Elliott Residential to generate considerable other business.”