Sign in or Sign up
The essential site for residential agents
Home » Resources » Redress » Not happy, not paying!

Not happy, not paying! 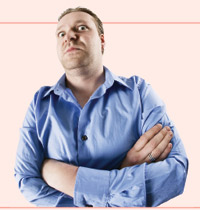 A feature of many sales complaints referred to me is the seller’s belief that the commission fee should be waived, in whole or in part, due to the perceived shortcomings in the agent’s service. Agents’ fees can be a significant part of the costs in moving house, so I understand why a seller may reason that the level of service received does not reflect the level of fee charged. It’s not unusual that a seller may apportion what they consider to be a fair amount and paid that, expecting the agent to accept it; that rarely happens.

When considering a commission fee complaint, I always explain that it is not my role to re-write the agreed contract terms to reflect the complainant’s perception of the service. If the contract terms are unambiguous and the fee clearly stated (as per section 3, TPO Code of Practice), I will usually uphold the agent’s contractual entitlement to the stated and agreed commission fee. Should I uphold a service complaint and make an award, it will reflect the actual financial loss and/or my assessment of the aggravation, distress and inconvenience caused to the complainant by the agent’s shortcomings. My award will not be based on a pro-rated refund of agreed fees.

As soon as a dispute arises I expect an agent to treat it diligently and formally, responding to the matter as per section 13 of the TPO Code of Practice. If an agent believes that they are contractually entitled to the commission fee, they are entitled to pursue the matter as they see fit (but not in ways that could be construed as harassment). Indeed, I accept that any business would want to vigorously pursue outstanding fees and that this can sometimes result in court proceedings. However, the principles and ethos of TPO membership mean that it’s only reasonable should the complainant refer the matter to my Office to seek resolution, that the agent stand away from taking or continuing legal action. I would also add that the courts, acknowledging TPO as a recognised mechanism for alternative dispute resolution, have favoured this approach and may well stay court proceedings
pending my decision should a complainant so request.

Sellers may expect an agent to accept ‘a fair sum’ – that rarely happens.”

Recently, a seller disputed the agent’s entitlement to a commission fee because of service related issues. I advised the agent that I was taking the complaint forward, but they refused to deal with the complaint and continued legal action. As the matter was shortly to be heard by the court I had no option but to stay my consideration of the case. The court held that the agent was contractually entitled to the fee (as I would have). Following court
action, the complainant contacted my office and asked that I resume my investigation. I could not look at the fee entitlement as it had been ruled on by the court, but I would look at the service matters. I awarded compensation due to the agent’s failure to comply with their obligations under the Code of Practice in respect of complaints handling and their failure to deal with the matter reasonably to achieve a resolution before legal action. I do not consider it acceptable for any agent to receive a complaint and, instead of responding, initiate court proceedings and then refuse to deal with my Office, using pending court proceedings as their excuse.

When examining cases, it is not unusual to note that the service complaints were not raised at the time but only when the seller has been presented with the commission invoice on exchange of contracts. If these complaints relate to matters at the start of the transaction, such as marketing or view distress, aggravation or inconvenience that would merit a compensatory award. Certainly complaints raised promptly at the time are good evidence of the complainant’s concern about the matter, and also provide an agent with the opportunity to rectify the matter at the earliest opportunity.

There will be a few sellers who will go to some lengths to avoid paying commission fees. However, prompt and clear communication, together with a willingness to address the service complaints and refer the matter to my Office if requested, is the key to dealing with the diffficult situation of an outstanding invoice. I am likely to uphold an agent’s contractual entitlement to a clearly set out fee, but I will normally make a compensatory award for failures by the agent to deal with the matter in accordance with their obligations under the TPO Code of Practice