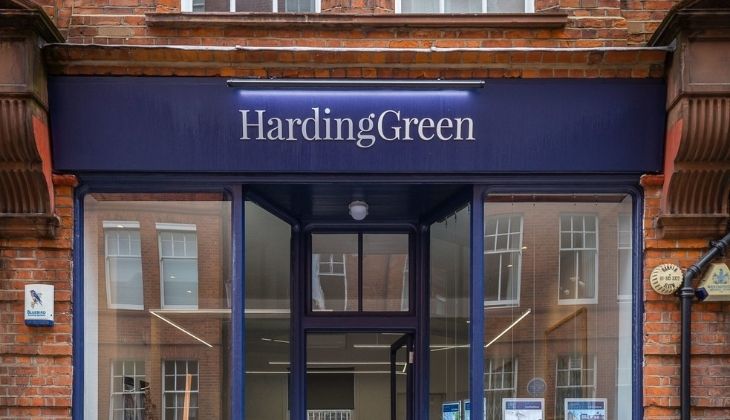 Nick Carter’s pre-Covid business expansion plan is about to become a reality as Harding Green announces that it has launched a new agency franchise model.

The London estate agent, which currently covers prime locations such as Kensington, Chelsea and Mayfair, has been operating a successful broker model since 2017, with over 20 self-employed agents now working for the business.

Following two years in development, Harding Green is now planning on opening three franchise partner offices in other prime cities and locations across the UK over the next 18 months.

“It’s certainly about quality over quantity,” says Nick Carter, Founder and MD of Harding Green. “We only want to work with experienced property professionals who have at least five, preferably 10 years’, under their belt, the right level of ambition and local expertise.”

Skin in the game

Like traditional estate agency franchise set-ups, Harding Green will provide all the back-office admin and marketing support. However, the franchise partner will be required to put ‘skin in the game’ upfront – how much depends on location – and in return, own 100% of the business in their chosen area.

Nick adds: “We have taken the decision to create ‘partner offices’, and in doing so, will be creating wealth and equity for our Franchisees. We are looking to speak with Office Heads, Directors, Managers and Brokers working with other companies, who would consider launching a Harding Green Franchise of their own.

“We are in effect giving up equity, providing the brand, administration and support whilst allowing agents at the peak of their careers to launch a broker model of their own, in turn creating a tradable asset which could grow significantly in value and be sold at any point.”

As with Harding Green’s central office in Kensington, Nick and his Partner, Matthew Alexander, want to continue their cluster approach with the franchise set up, concentrating on making a success of specific locations before expanding into other areas.

The agent has already expanded into Oxford via it’s self-employed network and is in talks with existing brokers and new enquirers about setting up franchises in areas including Guildford, Ascot and York.

The agent claims to have created one of the lowest overhead agency franchise models in the UK and are only charging £5,000 to secure a location to cover the legal expenses. How the franchise partner then chooses to operate – via a serviced, leased or freehold premises – is up to them.

A potential franchisee also has the option to start in their area as a self-employed consultant and convert their business into a franchise down the line. Two of our current agents are considering launching a franchise of their own next year.

Nick continues: “We know the only way to create a successful long-term business is to pass on equity to individuals who would be instrumental in the running and scaling of our brand. The benefit for us as the franchisor, is the security of having multiple like-minded business partners in many of the prime locations across the country such as Oxford, Guildford, Ascot, York & Stow on the Wold amongst many others.”