Help for letting agents to stay on top of immigration checks 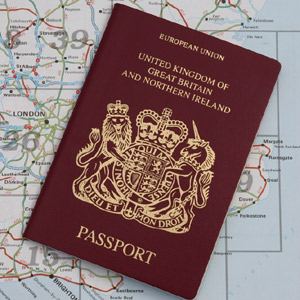 Letting industry suppliers are already adjusting to the national rollout of immigration checks, announced in last week’s Queen’s Speech, to ensure that letting agents comply fully with the new measures.

Let Alliance, a specialist tenancy reference and rent guarantee provider to the UK letting agency sector, has announced that it will be extending its Ultimate Global tenancy referencing service nationwide, following the Government’s decision to press ahead with a national rollout of immigration checks.

The Ultimate Global tenancy reference takes full account of the Immigration Act, and includes Right to Rent certification; ID validation; follow-up checks for time-limited certification; Home Office checks; and residency confirmation – all done on a documented audit trail. The service was successfully trialled in the West Midlands, which is where the pilot scheme of immigration checks by landlords and agents was introducedlast December, but will soon be accessible by agents across the UK.

Importantly, Let Alliance will “take full accountability” for the full referencing process, protecting all their customers against any penalty that may be applied by the Home Office if the tenant has completed the ‘Ultimate Global’ referencing process and met their criteria, according to Andy Halstead (left), CEO of Let Alliance.

He said, “Immigration and border control is high on the [political] agenda and it looks certain that letting agents will have additional administration tasks to complete. At Let Alliance we have developed Tenant Global, a new tenant referencing product that fully compiled the new Immigration Bill and protects our letting agent customers against any potential penalties.”

With a majority Tory Government now in power, it comes as no surprise that immigration checks will be rolled out nationally, although the speed of which it has been pursued by the Conservatives seems to have come as a surpriseto some people working in the letting industry, including Ian Thomas (right), Sales and Marketing Director, OnBoard Pro, the cloud-based pre-tenancy software. He said, “While there has been no official report as yet on the outcome of the pilot scheme in the West Midlands, the majority of letting agents and landlords should be able to take this legislation in their stride, albeit with a few tweaks to their administration procedure or software system.”

“That being said, lettings agents and landlords need to remain vigilant to ensure nothing slips past them that could pose potential legal problems in the future.”

For agents and landlords that are concerned about Right to Rent, OnBoard Pro offers the first fully integrated system that meets all Home Office requirements for immigration checks.

“Our system will make sure those carrying out the required checks are asking the correct questions and recording the necessary information,” Thomas added. “We can take care of everything for you, including secure digital storage of all documents, guidance for reasonable inquiry checks, and produce a single and secure PDF document that proves to the Home Office that you have exceeded all of their checks.”