If your HMO landlords aren't licensed they could be in for a huge fine. 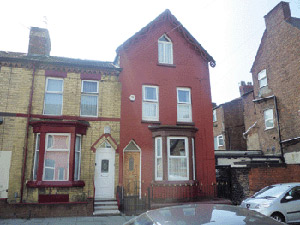 Many landlords operating Houses in Multiple Occupation (HMOs) properties are doing so without the correct licence in place, risking heavy fines, as well as potentially putting their tenants’ safety at risk, warns Rentguard Insurance. When a landlord recently received a huge fine for various breaches, including £3,000 in relation to violations of HMO regulations such as fire safety and being unlicensed, it added to a spate of cases highlighting the fact that many landlords are operating HMO properties without the correct licence in place.

In another case, a Hounslow landlord who let out an overcrowded and rat-infested unlicensed HMO was recently ordered in court to pay nearly £40,000 in fines and legal costs. A total of 16 people were found crammed into the house and outbuildings, they included a family with a six-month-old baby living in a garden shed.

Elsewhere, two west London landlords were ordered to pay a total of more than £50,000 for failing to register their property as an HMO and for breaching fire safety regulations after a fatal fire at their property in July last year.

The landlords were prosecuted by Hounslow Council, which said that had the property been licensed as an HMO it would have been inspected to ensure it met fire safety standards.

Licensing for all HMOs was introduced from October 2000 to try and improve standards in the sector, in terms of both physical accommodation and the management of tenancy issues.

“The need to obtain an HMO licence is there not only to help try and improve standards for tenants across the board, but to also potentially save lives,” said Steve Jones (left), Managing Director of Rentguard Insurance.

It is important to note that the application for a licence must be made by the owner, even if the property is leased to or managed by your agency or another person or organisation.

The licensing authority has to satisfy itself that the owner is a fit and proper person to hold a licence and that the property is suitable for use as an HMO for the proposed number of people.

“A person needs a licence if they give permission for a house to be occupied as an HMO, the need for a licence does not depend on rent being paid, or on any formal tenancy arrangements being in place,” added Jones.

HMO Landlords should also check that the property insurance cover they have in place covers them for this type of property.

“Due to the rise in popularity of this type of property, many insurers, such as ourselves, are now offering specialist policies for HMOs and properties with mixed tenant types,” Jones explained.

Petition calling for commission to be included in furlough scheme launched