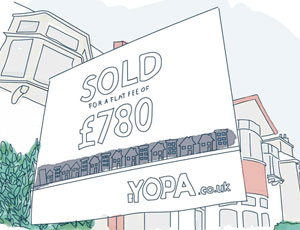 Land Registry figures show that the price of the average property sold in England and Wales in January 2016 was £190,658. High street estate agents typically charge sellers a 1.8 per cent commission fee, meaning, says the ‘hybrid’ agency YOPA, that they made an average £3,431 in fees for every sale.

A total of 77,170 properties sold that month, for a combined value of £20.7bn, which equates to more than £250m paid out to high street agencies, which control around 95 per cent of the residential market.

That is almost five times the amount they were paying 20 years ago when the average property sold for £59,278, netting estate agencies an estimated average commission of £1,067. Property sales totaled £3.1b in January 1996, according to Land Registry figures, which equates to £56.9m in fees to estate agents.

The trend is most pronounced in London and the South East where property prices have risen most in the last two decades. In London, the average property now sells for more than £500,000, handing estate agents almost £10,000 in commission per transaction. Detached properties in the capital sell at an average £929,680, equating to an average commission of more than £16,000.

High street agents, YOPA reports, still command around 95 per cent of the residential market despite the recent emergence of fixed fee agencies operating exclusively online and hybrid agencies, which operate online but have a network of property agents to help sellers with every aspect of the sale.

YOPA declares itself to be a hybrid agency which launched nationally in January, charging a flat fee of £780.

Daniel Attia (left), chief executive of YOPA, which commissioned the research, said, “High street estate agency is in need of reform. We launched YOPA because we recognised that the quality of service being offered to the customer by high street estate agencies simply doesn’t match up to the fees they charge.

YOPA’s model takes the best elements of traditional estate agency – the local, knowledgeable estate agent to provide a great service – but, as an online service which doesn’t have to worry about bricks and mortar costs, we’re able to pass huge savings onto the customer.

“Our transparent fixed fee cuts costs dramatically for the seller, potentially saving them thousands of pounds in estate agent costs.” 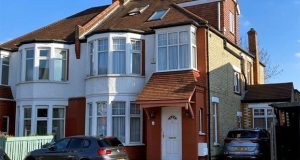 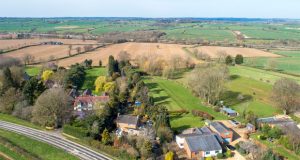 It’s a sellers’ market – but where are they?