Britain could be on the verge of seeing its first rise in interest rates in over six years. 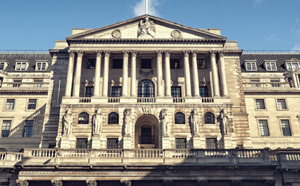 People thinking of buying a home or remortgaging their existing property should budget for a potential interest rate increase in the coming months after the Bank of England signified that it expects to see interest rates rise sooner rather than later.

UK interest rates have remained at a record low of 0.5 per cent since March 2009, and although any hike to the rate would be dictated by economic data, including wage growth and productivity, over the next few months, the Governor of the Bank of England, Mark Carney (left), did last week admit that the time for an increase is ‘drawing closer’.

It is not clear when the rate rise may occur, but Nicholas Leeming (right), Chairman of agents Jackson-Stops & Staff, is urging homeowners not to take any chances.

He said, “Mark Carney has been careful to flag that interest rates will edge higher in the longer term as the economy continues to grow and inflationary pressure on wages increase.

“Property buyers should recognise that rates will move towards more sustainable, long term levels and so budget for higher mortgage costs accordingly. Vendors should be aware that any such increases will create resistance to overly high guide prices.”

Despite interest rate rises on the horizon, there is unlikely to be a drop in demand for housing in the coming months, according to Rightmove’s Miles Shipside (left).

He commented, “The overall demand for housing means that while there are some things that put people off buying a house and moving house such as elections and interest rates, I think overall demand means that people put those things to one side.

“Interest rate rises have been at record lows so the only way is up. But even though rates are going to go up, we are still in for a low interest rate environment so if people’s circumstances mean they need to buy, they will do so.”

But while the days of record low interest rates look set to be drawing to a close, the Minutes released from last week showed eight of the nine members who sit on the Bank of England’s monetary policy committee voted to keep interest rates at 0.5 per cent for the 77th month in a row, suggesting that speculation that the rate increase could happen sooner rather than later actually now looks unlikely, according to some experts.

“That coupled with British consumer confidence highest in five years, bode well for house buying. The Private Finance message is buy with confidence if you can afford to, however affordability remains an issue.”