Jane has been Casework Director at the Property Ombudsman for four years, having joined TPO in 2007. She leads a team of 30 Case Officers and Resolution Officers in considering and providing a fair resolution to all cases referred to TPO. Jane will provide important continuity as Christopher Hamer, the present Ombudsman, steps down and the new Ombudsman, Katrine Sporle, settles to the role. 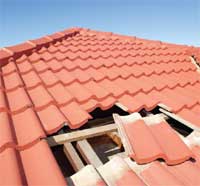 This case study concerns a dispute referred to The Property Ombudsman (TPO) from a seller concerning an agent’s disclosure of a previous survey report to the buyer.

The agent failed to follow the TPO Code of Practice but there was no proof that a greater sale price could have been achieved.

The complainant said that a proposed purchase of the property fell through due to problems with the roof, highlighted by the survey. As a result she instructed the agent to disclose that survey report to all future interested parties. She contended that she was assured by the agent that the issues highlighted by the survey had been fully disclosed to the buyer, and she accepted the buyer’s offer on this basis, but the buyer sought to renegotiate the agreed sale price as the issues had not been fully disclosed. The complainant alleged that as a result of the agent’s handling of the matter she declined an offer for the property made via another agent that was higher than the eventual sale price of the property.

The agent maintained that they did verbally disclose the issues to the buyer, but that an additional matter highlighted in the buyer’s own subsequent survey report led to the renegotiation of the agreed sale price. The agent said that there was no evidence to support the complainant’s account that a ‘mysterious’ buyer was in a position to proceed with a higher offer.

In accordance with the TPO Code of Practice, the agent was obligated to comply with the Consumer Protection from Unfair Trading Regulations. Under the regulations the agent had to disclose any information about the Property which would have an impact on an average consumer’s transactional decision.

The limited file from the agent provided no documentary evidence to support their contention that the problems highlighted in the survey report were verbally disclosed to the buyer. As such, the agent failed to demonstrate their compliance with the TPO Code of Practice and the complainant’s instructions.

That said, irrespective of the level of detail from the survey report that was made available to the buyer, the previous survey report did not indicate the costs involved in addressing the required works and it would appear that this was not a matter which the buyer sought to formally quantify before making his offer. It was not until a month after the sale was agreed that the buyer instructed a structural engineer, and it was following the engineer’s visit to the property that the buyer sought to renegotiate.

I appreciated that the complainant considered that the buyer’s significantly revised offer could be attributed to the need for repairs identified in the earlier survey report, at an estimated cost of £10,000. This was not borne out by the buyer’s correspondence with the complainant where he made reference to further repairs highlighted by his own survey.

I could not determine that the buyer would have acted differently had the agent demonstrably shared the survey report with him in its entirety. It was evident that the buyer made his offer in the knowledge that some works were required, but it was not until a month later, however, that the buyer received confirmation of the likely extent and cost of the works. This information that led to his reduced offer. The complainant was under no obligation to accept the reduced offer but chose to do so.

With regards to the alternative offer for the property, the complainant considered that the offer was made in full knowledge of the extent of the works required at the property and that, had she proceeded with that offer, the sale price achieved would have been greater than the renegotiated sale price achieved with the buyer. The submitted correspondence relating to that offer, however, contained no detail of the extent to which that party was aware of the works required to the property or the cost of addressing them. Presumably, had the complainant proceeded with that offer, that party would have required a survey, which may have led to the property being down-valued. I could not, therefore, accept the complainant’s assertion that proceeding with this alternative offer would have resulted in a greater sale price than that which was ultimately achieved.

I supported the complaint that the agent failed to demonstrate that they had acted in accordance with the TPO Code of Practice or the complainant’s instructions with regards to the issues in the  survey report.

My compensatory award of £350 award was to reflect the avoidable aggravation, distress and inconvenience caused to the complainant but I did not direct the agent to compensate the complainant for the difference between the offer from the buyer and the higher offer she said she could have achieved.