The annual growth rate hit 10.8% year on year, pushing the average house price up to another record high of £278,123. 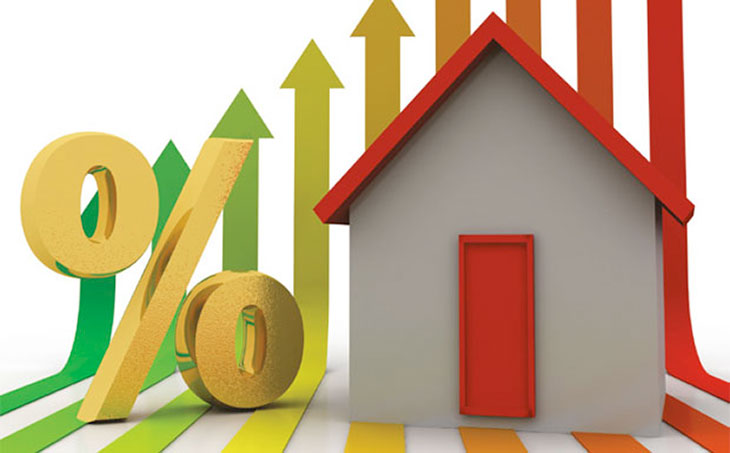 UK house prices grew in February at the fastest annual pace since 2007 to reach a new record high, according to the latest Halifax House Price Index.

The annual growth rate hit 10.8% year on year, while the monthly growth was 0.5% after a weak start to the year – pushing the average house price up to another record high of £278,123.

However Halifax says the squeeze on household finances is expected to weigh on the market this year, with the war in Ukraine hitting confidence and pushing up oil and gas prices.

“Two years on from the start of the pandemic, average property values have now risen by £38,709 (+16%) since February 2020. Over the last 12 months alone house prices have gained on average £27,215. This is the biggest one-year cash rise recorded in over 39 years of index history,” said Halifax managing director Russell Galley.

He says a lack of supply continues to underpin rising house prices, with recent industry surveys continuing to show a dearth of new properties being listed.

It appears to be a particular issue at the larger end of the property market. Over the past year the average price of detached properties (£43,251, +11%) has risen at a rate more than four times that of flats (£10,462, +7%) in cash terms, according to the index.

However Galley says uncertainty over the conflict in Ukraine could hit prices in the months to come.

“The war in Ukraine is a human tragedy, but is also likely to have effects on confidence, trade and global supply chains,” he said.

“Surging oil and gas prices are one immediate consequence, meaning that inflation in the UK – already at a 30-year peak – will remain higher for longer. This will add to the squeeze on already stretched household incomes.

“These factors are likely to weigh on buyer demand as the year progresses, with market activity likely to return to more normal levels and an easing of house price growth to be expected.”

Seven UK areas are now seeing double-digit annual house price inflation, highlighting not only the strength but the breadth of gains across the country.

Wales was once again the strongest performing nation or region, with annual house price growth of 13.8%, largely unchanged since January, with the average property price rising to £207,184.

The South-West also continues to record big gains. Annual house price inflation is now up to 13.4%, with by far the strongest quarterly growth (3.5%) of any region – the average house price is now £293,968.

Elsewhere Northern Ireland also continues to record strong price growth, with prices up 13.1% on this time last year, giving an average property value in February of £173,911.

House price growth remains robust in Scotland, too. That said, despite the annual rate of house price growth picking up to 9.2%, Scotland now has the ‘weakest’ rate of annual growth of any area outside of London. The average property price edged up to £193,777 in February.

London remains the weakest performing area of the UK, though the capital continued its recent upward trend with annual house price inflation now standing at 5.4%, its strongest level since the end of 2020.

Industry experts are divided on whether the rise will continue this year, given the current geopolitical climate.

Jeremy Leaf, north London estate agent and a former RICS residential chairman, said: ‘Prices may be continuing to rise to record levels but looking behind the numbers we are finding in our offices that this is more as a direct result of lack of choice, which is also compromising the number of transactions.

“Prices are unlikely to continue their mighty gains as affordability is becoming increasingly stretched, with events in Ukraine likely to send inflation and especially energy costs even higher.”

However Jason Tebb, CEO of OnTheMarket, says buyer and seller sentiment is showing no signs of slowing down.

“Double-digit price growth across many areas of the country underlines the strength of the market, which is far from limited to price hikes in the capital or the South-East,” he said.

“More stock is coming to market, as you would expect as we head towards spring, but it’s not keeping pace with pent-up demand.”

Meanwhile Iain McKenzie, CEO of The Guild of Property Professionals, added: “The country is going through a cost-of-living crisis, plagued by rising inflation and plunging consumer confidence – but nobody seems to have told the housing market!

“It’s incredible to think that these latest figures show the fastest annual growth in 15 years and another record high for the average house price, which continues to climb towards £300,000.

“Month after month we have seen house prices continue to rise, and it is difficult to imagine this upward trend reversing while demand continues to outstrip supply.

“However, we are still expecting some correction in the market this year as the cost of living crisis finally reaches the property market and slows house prices.”