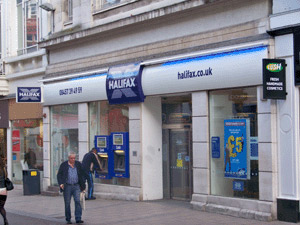 The residential property market continued to slow in December, as lower demand led to the slowest rate of property price growth since the start of 2014.

The annual rate of growth slowed to 7.8 per cent, which is 2.4 per cent lower than the high witnessed in July, and the lowest since the 7.3 per cent of January 2014, the latest data from mortgage lender Halifax reveals.

The quarterly rate of growth has now fallen for five months in a row, with prices in the three months to December just 0.3 per cent higher than in the previous quarter, the lowest rate of quarter-on-quarter growth since November 2012.

Halifax’s figures act as a further indication that the housing market may be far more muted in 2015.

Halifax estimates that house prices will rise this year by between 3 and 5 per cent, which would be around half the rate of growth seen in 2014.

“The deterioration in housing affordability as a result of rising house prices, earnings growth that has been consistently below consumer price inflation until very recently, and speculation of an interest rate rise, have combined to temper housing demand since the summer,” said Martin Ellis (left), Halifax housing economist.

Although the declining rate of property price increases at the end of 2014 might suggest we are en-route to greater market stability, this should not disguise the need for “ground-breaking action on housing policy” in the upcoming election, according to Peter Williams (right), Executive Director of the Intermediary Mortgage Lenders Association (IMLA).

He said: “Declining affordability has tempered demand and the housing market in its present state is still a long way from supporting the nation’s home-owning ambitions.

“Housing policy is in need of fundamental reform rather than short term voter appeasement that has brought a host of temporary measures and tinkering at the edges without a long-term plan. Successive Governments have failed to address changing housing needs and left us on a downwards trajectory that will see owner-occupation drop to 59 per cent by 2020 if current trends continue.”

Williams wants to see the next Government address a managed withdrawal of temporary support measures, a long-term mortgage indemnity guarantee to permanently revive first-time buyer lending, and a review of lending into retirement and the impact of regulatory reforms that have resulted in a far more conservative mortgage market.

Equally, he also wants to see house building levels rise sharply to help fix the existing housing supply shortage, which Williams describes as the “tumour behind many issues in the market”.

Brian Murphy (left), Head of Lending at Mortgage Advice Bureau (MAB), agrees that decreased availability of mortgage finance did have a knock-on effect in terms of declining consumer demand in the final quarter of 2014. However, this is likely to have been exacerbated by seasonal variations as the housing market wound down before Christmas. He believes that demand will rise again in Q1 2015, and current conditions support this view.

“The mortgage rate war continues to rage on, with consumers benefiting from record low rates as lenders vie for business,” he said.