Housing market is at ‘crisis point’

The supply of available housing fell to an 11-year low in August, the latest NAEA figures show. 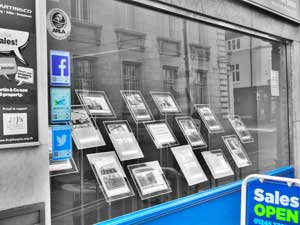 The supply of residential properties for sale has slumped to its lowest level for 11 years, stoking fears that the growing housing shortage will continue to dive up home prices.

Fresh data released by the National Association of Estate Agents (NAEA) reveals that the volume of properties available to buy per estate agent branch fell to 38 in August, down 31 per cent on July’s 55. This is the lowest level of supply recorded since January 2004, when 38 properties were also available.

August also saw a dip in the number of house-hunters registering with agents, with an average of 408 applicants registered per member branch, compared to 462 in July, owed in part to the fact that many people were away on their summer holidays.

Mark Hayward (left), Managing Director of the NAEA, said, “We’ve been banging the drum about the dwindling supply of housing for a while and this month’s report reiterates what we’ve been saying – there simply aren’t enough houses to match demand and we’re reaching crisis point.

“There are now eleven house hunters fighting after every available house which isn’t sustainable.”

The data also shows that the number of sales completed in August rose by one to an average ten properties per branch in August; however sales made to first-time buyers fell to the lowest level since July 2014.

Just 20 per cent of sales were made to first-time buyers in August, down from 23 per cent in July and 24 per cent in June, indicating activity levels are being dominated by second and third steppers on the housing ladder.

“First-time buyers are finding themselves being squeezed out of the competition, which of course means it’s taking young buyers longer to get their foot on the first step of the ladder, which will in turn increase pressure on the rental market,” Hayward added.

Hometrack’s latest figures, which are based on Land Registry data and information from mortgage valuations, shows that the average price of a home across the UK’s 20 biggest cities rose by 8.3

per cent in September compared to the same month last year on the back of the growing supply-demand imbalance in the market.

Richard Donnell (right), Hometrack’s Director of Research, said, “A changing mix of buyers is compounding the scarcity of housing for sale with rising numbers of first-time buyers and investors buying property while having nothing to sell. Only a recovery in the number of moves among existing homeowners or an increase in new supply will ease the current housing scarcity – which seems unlikely in the near term.”