Number of homes sold increased the most in the North while the South and London continue to struggle. 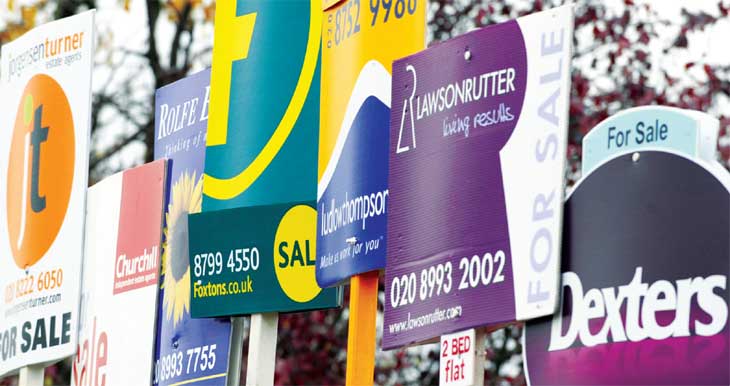 Rightmove says the number of sales agreed in the UK rose by 7% last month compared to a year ago, making it the busiest May since 2014 and the second busiest over the past decade.

But it’s a headline figure that hides wide variations in performance from region to region.

Although Rightmove paints an upbeat assessment of the market including rising numbers of home sold in all regions, it says that sales agreed in the north increased the most at 11% compared to 3% in the south.

Rightmove’s sales agreed figures make no mention of London, which many agents have said is experiencing a significant slowdown so far this year. This includes Savills, which recently described the capital as “falling back to 2015 levels”.

But Rightmove does hint at what’s going on in London and its commuter towns.

It says prices in London dropped by 2.4% during May, and 0.9% in the South East. Central London prices fared the worst – for example Kingston upon Thames house prices dipped by 6.7% , City of Westminster by 4.4% and Islington by 6%.

“London and its commuter belt are proving to be a drag on the national figures, but are currently counter-balanced by continuing momentum in other parts of the country,” says Rightmove director Miles Shipside (pictured, left)

“Demand is still high and markets in some parts of the country seem to be getting used to coping with instability and are still strong.

“The high levels of sales being agreed show that the underlying fundamentals are largely unchanged with high first-time buyer demand which drives movement higher up the ladder, all aided by the cheap cost of borrowing.”

Rightmove also says that the strongest demand in the market at the moment is among first time buyers which Shipside says is “being fuelled by the ongoing desire for home-ownership, government assistance, and mortgage repayments often being cheaper than rent for a similar property”.