Hybrid lettings agency Howsy has got into a pickle with the Advertising Standards Authority after a landlord complained about claims on its website.

The complainant told the ASA that they were under the impression that there was ‘no such workable app’ and claimed that the website post was therefore misleading.

In reply, Howsy told the ASA that they do have an app but that  it is currently a ‘beta’ app only used by a selection of customers.

The lettings agency also said the complainant was incorrectly told by its customer service team that there was no app and instead should have been asked if they wanted to join the beta scheme.

Also, the agency said it does have subscription services, but due to Covid lockdown restrictions varying these are subject to change.

Howsy has agreed to make changes to make it clear it is a beta app (see above), that it is only used by a select group of people at the moment but that it is open to anyone who asks. Their website also makes it clear that while subscription services exist, they are subject to change.

“On that basis, we agreed to close the case informally,” an ASA spokesperson says. 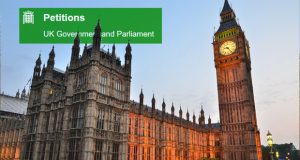