Estate agency Humberts wants to put a turbulent period behind it as the company, which has faced multiple financial crises over the past few decades, celebrates 180 years of trading.

The agency says it now aims to establish six new franchised branches over the next 12 months, on top of its existing nine locations.

Humberts was bought out of administration by its franchisees in January 2020 having previously ‘gone hybrid’ under the ownership of a holiday cottage firm.

But it now says the agency has survived much worse during nearly two centuries including two world wars and the Great Depression of the 1920s.

Keen to plug its successes since being founded in 1842 by 26-year-old Watford land agent Charles Francis Humbert, the company has highlighted selling both Land’s End to a US buyer and the Highgrove Estate to the Prince of Wales (see cartoon below).

Since its foundation Humberts has been through a dizzying set of name changes and ownership including, in 2018, its acquisition by Natural Retreats, which stuck around for just 18 months.

It had been hoped its ownership would usher in a period of stability after a torrid few years being part of the Chestertons group from 2008 onwards, when it had 34 branches.

In 2019 a consortium of franchises purchased Humberts after the financial plug was pulled and they later launched a franchising programme to go nationwide.

“We set out to build the team and grow the business to national prominence and our long-established reputation has not let us down,” says Tim Stephens (pictured), its franchising chief.

“Our evolution to become industry trailblazers and the desire to support people on their property journey continues to underpin our business.” 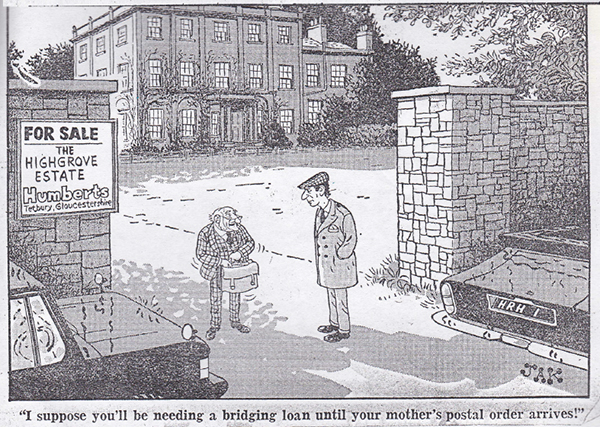