Hundreds of agents go back to ZPG 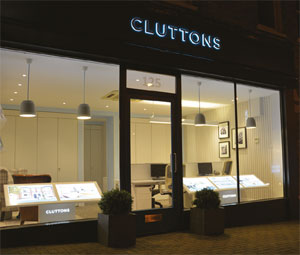 ZPG, owner of Zoopla and PrimeLocation, reports that over 800 estate agency branches have left Onthemarket (OTM) to re-join ZPG over the past two years.

The latest return came from the famous London agent Cluttons, which re-joined Zoopla just weeks after it went into pre-pack administration in May, a legal move that enables a struggling UK business to be bought before going into administration.

As part of the overhaul of the business, the 250-year-old company and its six branches in the UK re-joined Zoopla in May and, Zoopla says, gained 100 leads across its office network during the first 24 hours.

Ian Odam, Director of Jeanes Holland Burnell, a multi-branch agency based in Somerset, said, “In January 2015 we joined Onthemarket. After two years of supporting the OTM project, we felt unable to sustain our membership with them any longer as we believed we were missing out by not listing our stock with ZPG. In December 2016, we re-listed with ZPG and such has been the response that our offices received as many leads in the first few weeks as we received in the previous 6 months with Onthemarket and is on par with the number we receive from Rightmove.”

Mark Goddard, Managing Director of ZPG Property Services said, “Agents are increasingly feeling the pain of spending marketing budgets inefficiently and missing out on the enormous exposure we provide. We welcome back any agent who wishes to enjoy the benefits that most of their competitors do. Our agent partners benefit from the most cost-effective brand exposure and lead generation as well as a wide range of tools that allow them to generate additional revenues.”