Sky-high aims for growth as the sixth largest UK group restructures its board. 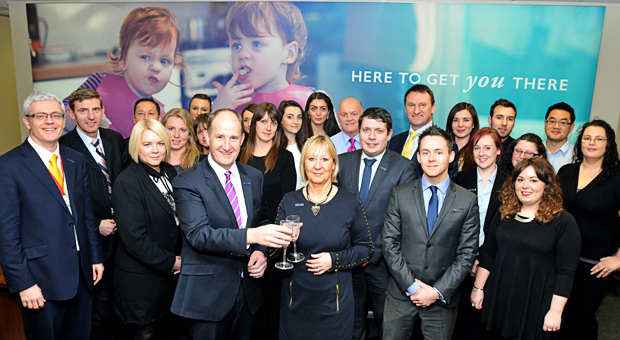 Hunters, the sixth largest UK’s estate agency group, has announced that it is planning to float on AIM, the London Stock Exchange’s market for smaller growing companies, later in the year – with the aim of expanding the network to over 500 offices in five years’ time.

Hunters will aim to raise funds privately on a pre-IPO basis by inviting investors, including both staff and partners, to buy shares. Hunters is looking to raise up to £2.5million of new equity, to enable it to accelerate further growth.

Hunters is one of the major players on the national property scene having opened its first branch 22 years ago in York. The network is mainly franchised and now has 128 branches nationwide in key cities across the UK including London, Birmingham, Leeds, Leicester, Manchester, Middlesbrough and Liverpool. In 2014, Hunters opened 31 branches and increased the overall income by over 40 per cent.

Hunters says that it has already invested millions in all areas of the business including staffing, training, marketing, technology, growth of the franchise network and premises to produce a first rate business with over 90% customer satisfaction rating; in comparison to the national industry average of 78%.

In preparation for the flotation, a restructuring of the Board is taking place with Managing Director and founder Kevin Hollinrake moving into the role of Chairman and GlynisFrew, currently Operations Director taking over as Managing Director. Harry Hill, who is currently a Non-Executive Director, and was the former CEO of Countrywide, will join the Board as CEO, principally with the responsibility of guiding Hunters through the flotation process and helping the company adjust to public ownership. Martin Robinson’s role now formally expands to National Sales Director, Co-founder John Waterhouse remains as President; Ed Jones, Finance Director will take responsibility as CFO. Combined, the Board offers over 100 years’ experience in the industry. Alongside Kevin and John, both Glynis and Martin have worked with Hunters for over 15 years. 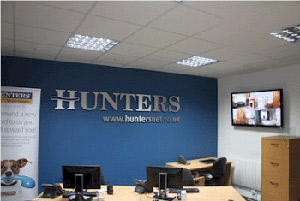 Kevin Hollinrake, Chairman of Hunters, said, “This is an exciting time for us as we continue to drive forward our growth initiatives for expansion and to ultimately achieve being the UK’s favourite estate agency. With access to further capital, we see significant opportunity to increase our penetration in the UK, strengthen our position as one of the leading UK estate agency brands and open further branches in continental Europe”.

Kevin continues, “At Hunters, the focus is always on people and our customers. We aim to offer our customers real value, with our infrastructure of independently owned franchised branches run by business owners who are experts in their own local area. The success of our business model is proven by our 22 year track record, during which we have rapidly increased our market share and income to grow our estate agency network.”

Glynis Frew, Managing Director of Hunters, added, “I am proud of what we have achieved at Hunters since 1992 and excited about what the future holds. The Group has a compelling business model, clear growth prospects, and a very strong Board who will retain full control and majority shareholding, together with well-trained and motivated employees. We hope this will give our staff and trading partners the ability to be involved and invest in the future of the business.”

Spearing Waite will act as lawyers.