Final days of Hunters as a standalone estate agency have been set out by its Directors – 29 years after it was founded. 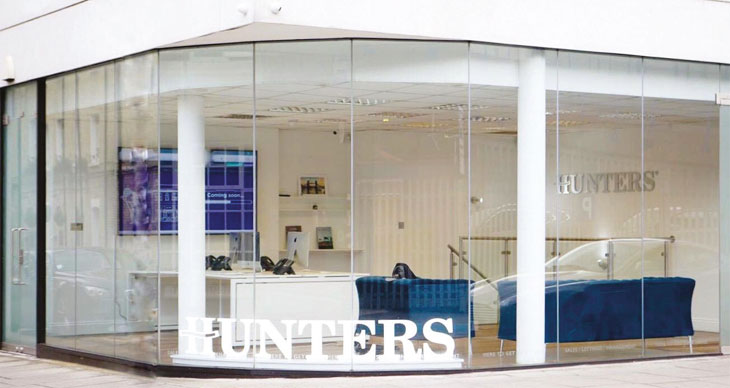 The final days of Hunters as a standalone estate agency business have been set out in the final update to its acquisition by rival The Property Franchise Group (TPFG).

In documents released to the City today, the company reveals that voting on the deal by shareholder is due to take place on 3rd March at a court appointed meeting after which General Meetings of both TPFG and Hunters will vote through the deal formally.

“The Hunters Directors unanimously recommend that Hunters Shareholders vote in favour of the Scheme at the Court Meeting and the Special Resolution to be proposed at the General Meeting,” today’s announcement confirms.

As the two companies announced on 28th January, this will see TPFG – which operates several franchised estate agency brands including Martin & Co and Ewemove – buy Hunters’ entire stock, valuing the company at £24 million.

Following these meetings, which are not expected to be complicated by any rival takeover bids, Hunters shares are to be suspended from trading on the AIM stock exchange on 19th March and withdrawn on 22nd March.

On the same day new TPFG shares will be issued, which are part of the ‘cash and equity’ deal Hunters shareholders were offered to win their approval.

Before all this happens, Hunters’ directors have revealed that the company is to pay a special dividend of 2.7p per share for the year ended 31st December 2020, which will be paid on 12th March.

On the same day the estate agency will make good on its promise to pay its unused CBILS Covid loans back to the public purse early.