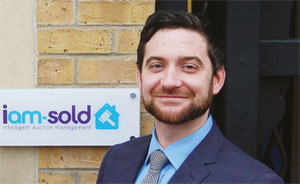 Outsourced auction management provider, IAM Sold, reports approximately £322.6m sales and 2,937 lots sold in 2017 compared to £234.3m sales and 2,387 lots sold in 2016, and for the second year in a row, is the largest independent residential auctioneer in the UK based on lots sold according to the EIG league table.

Significant Q4 sales include a one-bedroom mid-terraced house in Potternewton, Leeds which went to auction with a starting bid fixed at just £1. It attracted 53 bids and 1,486 views online and sold for £110,500.

A four-bedroom terraced property in Bradford introduced by IAM Sold’s agency partner, Bentleys estate agents, also attracted a great deal of attention with 27 bids, selling for £125,000, 127% over its £55,000 start price.

Jamie Cooke, Managing Director, says, “Whilst Q4 figures are slightly down on Q3, this is to be expected with December traditionally being a quieter period with fewer auctions. What is encouraging is that year on year, the figures have persistently increased. All in all, we ended the year on a high, with an increase in both lots sold (up 18.7 per cent) and total raised (27.4 per cent). Auctions continue to become more mainstream, and offer agents an alternative method of achieving successful sales for their vendors.”