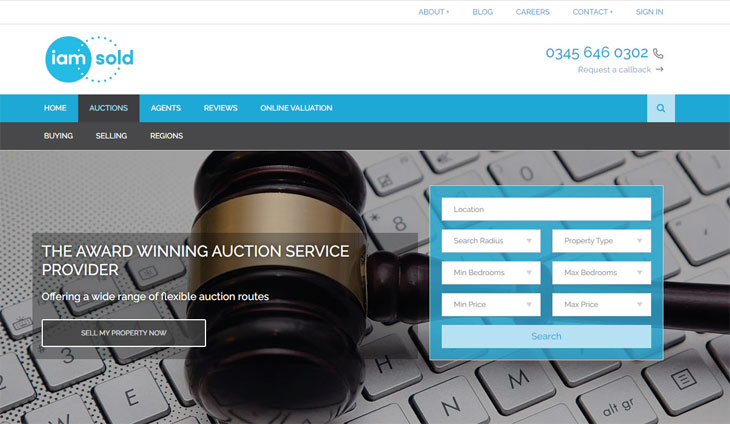 October was iamsold’s second highest month for sales this year with 421 properties sold via the Modern Method of Auction, raising over £53m in capital value for vendors. This was an increase of 27 per cent in sales compared to October 2019, as MMoA continues to be a popular and reliable option for vendors in need of quick and secure sales.

A total of 3,269 bids were placed and the majority of buyers bought for owner occupation (42 per cent), contradicting the idea that auction is only for investment buyers. The highest sale price for a single property was £830,000, and the buoyant month earned Iamsold’s network of Partner Agents over £1.3m in fees.

Jamie Cooke, Managing Director at iamsold, said, “Our highest volume of MMoA sales so far this year saw 445 transactions in July which was record-breaking for our business. October was almost in line with this.”

Iamsold hosted another bumper virtual property auction selling 24 lots which raised over £1.8M in capital value. Prior to the auction on 26 November, an additional five lots were sold to buyers keen to snap them up and take them off the market, raising a further £300,000 in capital value. There were over 250 attendees and a total of 488 bids were made. Competitive bidding saw 15 properties sell for more than their Reserve Price.