Sign in or Sign up
The essential site for residential agents
Home » Features » Immigration – Act now!
previous next
Regulation & Law

Letting agents and landlords – The Immigration Act 2014 has just became your responsibility. 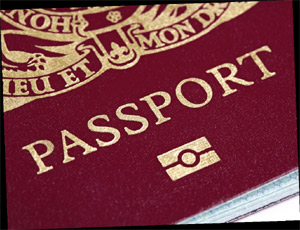 The new Immigration Act has arrived. In a pilot scheme which started on 1st December, landlords in Birmingham, Walsall, Sandwell, Dudley and Wolverhampton (full postcode list below) who fail to check whether their tenants have a right to live in this country, could face a civil penalty of between £80 and £3000 for each illegal occupier if in residence for at least 12 months. If deemed successful, this pilot will be rolled out across the UK.

Jeremy Leaf, one letting agent among dozens who have written to PROPERTYdrum about their concerns over this Act, says, “Landlords – and agents given written authority to act on their behalf – must ask all prospective tenants over 18, not just those named on the letting agreement, for evidence of their identity and citizenship. They must then check the authenticity of those documents, such as passport or biometric residence permit, before a tenancy can commence. At the very least, agency businesses could be turned on their heads as more experienced staff will be transferred to the frontline from the back office to deal with their new responsibilities.Landlords and agents – or more likely tenants – will have to absorb the extra costs.”

David Cox, Managing Director of ARLA said, “It is imperative that all agents are aware of the changes that come in to force under this Act, not just those in the initial pilot region. Establishing routine ID checks for all adult occupiers will endeavour to ensure that tenants do not suffer discrimination and that your excuse against civil penalty is established in every case.

“We believe that education on this key legislative change is an essential and fundamental part of our role as the trade body of this industry. All our members in the West Midlands have undergone training to ensure they are prepared and fully understand what the new rules mean in practice. However, while we see the Act as a step in the right direction and endeavour to educate our members, more needs to be done to introduce stricter regulation in the property industry; not only to clamp down on rogue landlords and criminal organisations flouting the rules, but to also bring the industry together to share best practice.”

Checks must be carried out on the original ID of prospective tenants, copies retained for at least 12 months and repeated (if the proposed occupier has a temporary right to remain) every 12 months or, if longer, when the temporary right expires. If the tenant is found to have no leave remaining the Home Office must be advised immediately by post and/or email. Checks only apply to new tenancies, statutory periodic or rolling tenancies are not deemed ‘new’ under the Act. If the appropriate documents cannot be produced in the event that a residency application is pending, for example, an online or telephone enquiry to the Home Office should generate a response within two working days.

Jeremy Leaf added, “The Home Office also confirmed that checks involving corporate lets i.e. those often occupied by unknown people on behalf of companies rather than individual tenants, must be handled by the corporate body responsible.

“Landlords may initially give preference to ‘lower risk’ tenants whose legal residency rights appear more straightforward as they won’t want to see a property remain empty for longer than necessary. However, landlords or their agents have not been trained as border control officers and will need to be extra careful about detecting fraud.”

A Home Office Code of Practice has been published to ensure agents and landlords do not intentionally discriminate against prospective tenants. As a result, even legal immigrants may be forced to use unscrupulous landlords or agents which would have the opposite effect of what the government is trying to achieve.

Landlords may even discriminate against UK legitimate tenants who don’t have a passport.”

Fran Mulhall, Operations and Lettings Manager of GFW Letting, in Newcastle upon Tyne, says, “The aim is to drive out the rogue landlords – and agents – who deal with illegal residents which I welcome, but I worry about the implications of this legislation and how it’ll affect the health of the lettings industry.

“A key issue is how the immigration check will be managed effectively. Where will the liability lie if things go wrong and legislation is not followed correctly, despite a landlord’s best intentions? Landlords will probably lean on lettings agents for guidance and ask them to complete the check. How will this actually be done? Will it be incorporated into the reference check? Ultimately, even if an agent carries out an immigration check on a landlord’s behalf, the responsibility lies with the landlord.”

Fran thinks the checks are “going to prove too much of a minefield for landlords and agents. If a tenant has a UK passport then it is pretty straight forward, however, if they don’t, but have other documentation that is equally as legal, the confusion begins. It is likely that the only immigration document landlords will be familiar with is a British passport. Many British people, however, do not have a passport and for those tenants this will create an added difficulty for landlords and almost certainly result in acts of discrimination where the landlord, or agent, chooses to be safe rather than sorry. It is easy to see how legitimate tenants, including foreign nationals and ethnic minorities too, could be discriminated against if their residency status is unclear.”

However, some lettings agents say they are ahead of the game. Gary Sammons, CPBigwood Assistant Lettings Manager in Birmingham, said, “We have in all circumstances been conducting these checks as best practice prior to this new legislation.

“We reference individual tenants by obtaining credit checks using the last three years of addresses, looking to see if the applicants are on the electoral register already, and then also taking copies of passports and visa. We pride ourselves on making sure that we secure the best quality tenants for our landlords. These checks have always been part of our practice and methods and will continue to be so.”

Letting industry service providers have been busy preparing for the new regime. Let Alliance has launched tenant referencing checks that take account of the immigration status of prospective tenants.

These checks are the responsibility of the landlord or, if agreed in writing, the agent – Let Alliance only deals with letting agents, but as well as checking a prospective tenant’s immigration status, there are circumstances in which ongoing checks will also have to be made.

Most importantly, Let Alliance is telling agents it will “take full accountability” for the full referencing process. The firm will also protect letting agents from any penalties incurred from the Home Office. Chief Executive Andy Halstead added, “Let Alliance will protect our customers against any penalty that may be applied by the Home Office if the tenant has completed the ‘Ultimate Global’ referencing process and met our criteria.

“We have been working for months to deliver a solution to letting agents that fully accommodates the Right to Rent legislation and protects them against any penalties, and we have done exactly that.”

The Home Secretary, Theresa May, recently had a meeting with FCC Paragon to revisit their proposal on tackling immigration in the UK, and listen to their concerns over the ‘Right to Rent’ pilot.

Four years ago, amid growing concerns surrounding the verification of foreign nationals, FCC Paragon approached the Government offering to trial a free service which would check tenants’ validity, ensuring they were entitled to be working and living in the UK. The proposal was rejected as initiatives were already in place, but now it seems the Government is keen to explore the possibility of working with experts to tackle the mounting problem.

Janie Gaston, Operations Director at FCC Paragon, said, “Tenant referencing is our core business and our experience enables us to identify what measures should be implemented. We are grateful that we had the opportunity to air our thoughts directly to the Home Secretary, who was encouraged by the depth of our research, the results of our trial and our ideas to support the Government in creating a fairer system.”

Theresa May has requested that FCC Paragon submit a revised proposal directly to her for review, with their comments on the existing pilot scheme in the West Midlands.

Jeremy Leaf concluded, “The Home Office is committed to monitoring the pilot in the West Midlands for six months before rolling out the scheme to the rest of the country from Spring 2015. However, as most tenancies continue for a minimum of six months, there will be a limited opportunity to evaluate the results.

“We will also be watching with considerable interest initial results from the pilot scheme and impact on the market!”

Under Section 22 of the Act, property should only be let to adults who are British, EEA or Swiss nationals, unless they have a Right to Rent in the UK. Checks must be carried out:
• for all adults planning to live at the property, irrespective of whether they are named on the letting agreement;
• on all relevant prospective tenants; original ID documents of the holder also need to be verifi ed and copies retained.
• if the tenant only has a time-limited right to rent in the UK, 12 months later or when the leave expires, whichever is later. If the tenant is found to have no leave remaining, the Home Office must be advised immediately by post or email.

Pilot scheme is operating in:

Moore Blatch, a law fi rm in the South of England, has produced a free, downloadable checklist on its website, www.mooreblatch.com/news-media/news/ 1142-landlord-right-to-rent-checklist/