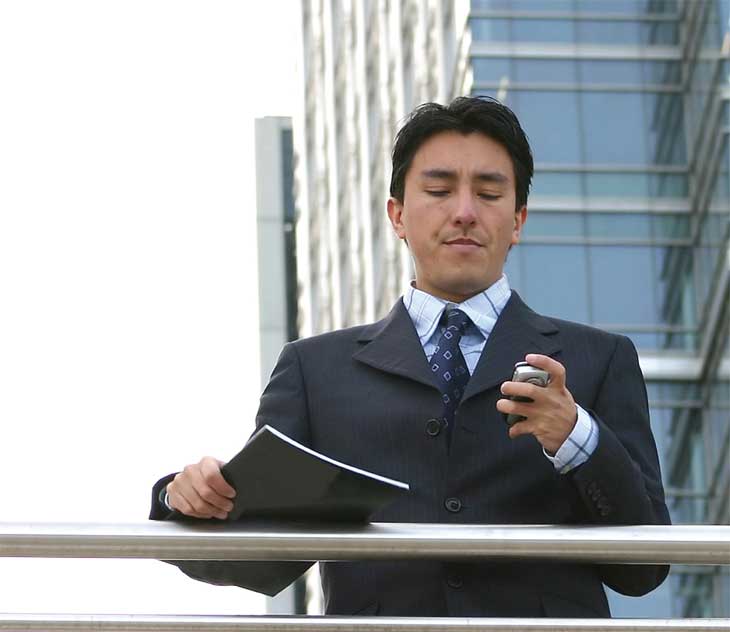 So you know your Twitter from your elbow. Yet, you can’t shake the feeling that 140 characters of mumbo-jumbo won’t go far in marketing your properties and services online. That’s before you even start to try and figure out the whys and wherefores of ‘le hashtag’ and ‘les retweets’! Oh, brave new world.

Never fear, people: Streetsmart is here. Your social media agony aunt is back for Round Two to show you exactly why you should consider Twitter to be the most powerful and cost efficient tool in your toolbelt. But first, we’ll wax lyrical.

The popularity of Twitter and its powerful influence worldwide is down to one thing: a stripped down, fast moving, simple interface designed to spread the word globally – fast. Twitter raced onto the social scene – a chic little black Porsche in an ocean of Rolls Royces. Facebook, with its ever-changing interface and new product lines (timeline, for instance) and Youtube, with its strange listing system and never ending comments, alongside the plethora of social bookmarking sites, already had users confused as to exactly what content they wanted to share online and how.

Websites were blinking with share options wilder than a Macau slot machine parlour.

Websites were blinking with share options wilder than a Macau slot machine parlour. Then along came little Twitter. A simple button and bird icon onsite allowing users to click and ‘tweet’ a headline of an article and link to the piece online. Simples! What’s more, Twitter decided to include a very powerful social driver to their sharing option: a visible number of users who had also tweeted this link. A new social medium was born.

Now, bear with me here – we’re going to use a bunch of techno-jargon, but I promise to keep it real. The web and mobile portals for Twitter were equally simple and consisted of a single required action. The whole platform was built on a few features:

Are you all still with me? Then along came the fancy pants with their hashtags: digitally grouping information by content type – and retweets: directly crediting sources of information they were sharing. Users began to use shortened URLs (web links) to cram in more characters. The shortened links were measurable too!

Speed gains enabled by the simplicity of the interface coupled with the low storage and transfer rates of tiny digital files didn’t just lead to quick sharing of what you had for breakfast either. Twitter enabled major political (r)evolution, allowing global users to connect to the outside world (via SMS) when the very government meant to protect them locked down the internet. If you still think Web 2.0 is something lazyminded marketing guy jargon used chat used to fill space of justify marketing budgets, think again. Twitter is here to stay.

Much like the American 1950s dream of automated lifestyles where nice shiny machines took away the stresses and strains of life, we also live in an age where constant ‘connection’ to the internet via multiple devices is considered to be a serious ‘advantage’ in life – at least if you believe the commercials. But who among you has not felt your blood pressure rise as you hear the dreaded low battery beep of your phone while scrutinising a Google Map on your way to your next huge valuation? Let you throw the first stone.

Many of the machines ended up making us slaves to our households and routines. 2012: ditto. Every time I pack my briefcase, I feel shackled to the internet. Don’t you?

This is now a bottom line concern for social networks – we’ve reached a level of user fatigue. So a social media platform that allows us to be witty, smart, direct and to-the-point becomes a clear winner.

In a world where we are beset on all sides by media choices, the blind man is king.”

I just plucked this out of my head, clearly. But let me explain. Even a self-confessed social media addict like me is exhausted by the effort of it all. When Twitter emerged, it offered a quick way to dash off my thoughts and garner respect in a community of influence with minimum effort and maximum impact. What’s more, it substantially increased my reputation online in ways that began to filter into bottom line business gains. I could also do it ‘on-the-go with ease! Most importantly, the real estate of keywords I began to associate myself with in Twitter began to ‘stick’ in search engine results pages (SERPs) when clients searched for my name (and we all know how much I love search engine results!) 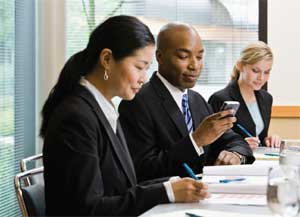 Here’s the important point for property: speed is the single most important factor in Twitter’s adoption by journalists, politicians, business executives and high level influencers worldwide (not just to spread the word – these people have homes and mortgages too!). Twitter becomes the channel to alert a like-minded community to your initiatives and drive traffic directly to your site. Twitter becomes the standard bearer for ALL of your social media efforts and the main channel on which you share everything you do, as a business. The cool bit? It’s all 100 per cent measurable. More on that later!

Once you have your twitter account set up, it’s important to ensure you use the keywords searchers would use to find your profile and content. For instance: East London Estate Agent | Buy To Let UK Property.

For your main brand account, feel free to use your company logo and colour branding, however, for personal accounts being used on Twitter for business should show your photograph. Estate agents of all people know that folks trust faces! You’ll gain more followers (thus audience numbers) and begin to gain a personal reputation in the property space. Furthermore, it enables people to network with you face-to-face when they see you about – opening up a whole new world of business opportunities.

Word your tweet wisely. More delicate than Haiku poetry, the grammar of a tweet is a very important component in your content being read, spread and acted upon.

Picture, drawing on it to illustrate what I’m saying – coming!

Wherever possible use hashtags to begin to build up reputation against select keywords (#property for instance). If you still don’t understand what they are – don’t worry. Just log onto Twitter and click on one – et voilà!

Use less than three hashtags – more and Google will consider the tweet spam and may not index or rank it highly in general search results. (Remember: it’s vital that your social media efforts also contribute to your products and services being found online. Social media platforms often rank more highly than standard websites for searchers, so it’s possible for you to be found via your tweets alone.

Shorten long web addresses through a registered www.bit.ly account set up specifically for your social media accounts (this means you can measure who reads your content, where and when – all in pretty pie charts!)

Use TwitterGrader to find influencers in your topic area. You can search by keyword and find the most recent and most influential people talking about this subject.

Other free tools to find influencers include: Listorious, TwitterWonk, and Social Mention. 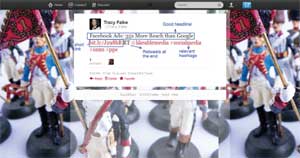 Heroes speak of hashtags and headlines: what on earth does it all mean?

When you find these folks, follow them and ‘file’ them under a topic area – known as a list. Google ‘How to make a Twitter list’ if you need an illustration of how to do this – it’s very simple. Use relevant and useful topic headings associated to your sector: ‘Estate Agents’, ‘Property Journalists’, ‘Property Services’, ‘Policy Makers’ (note I did not use Politicians there!), ‘Friends of Acme Estate Agents’, ‘Home Developers’ and so on.

b) you are making it easier for you to quickly scan content in different topic areas to engage with or RT.

c) These lists become your content source for RT’ing, debating and more!

d) Finally, let’s not forget – Google also indexes your Twitter lists, so you can demonstrate your alignment with current events and influential matters via the birds who choose to ‘flock together’ method! 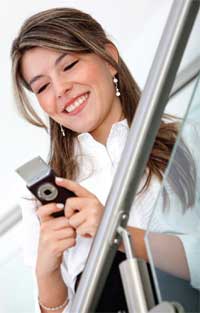 It’s not just estate agents who are winning the war in social media, specifically Twitter. Property related services stand a huge gain in the Twittersphere as well. To whet your appetite, have a look at what this sale board agency had to say:

“Since the onset of Social Media our customer enquiries have doubled and accounts are rising in numbers without a doubt.”

Customer Outreach is huge now with Social Media. It is easy with engagement to get in conversation with potential clients and it doesn’t have to be about the services we provide it could be about mortgage indemnity insurance etc. I like to tweet all relevant news articles daily this often sparks conversation.”

*Agency Express is the largest UK ‘For Sale’ board contractors – we work for over 30% of all agents across the UK and are a franchised business so we work through our network of just under 100 franchisees.

As you set off into the wild, with methods and destinations still unknown – I feel it my duty to give you some quick tips on what sort of content to tweet and not to tweet. Our Top 4 Twitter Tips highlight the key areas you need to consider prior to your debut!

Sell, sell, sell!
For the love of all that is pure, PLEASE stop tweeting property particulars in this way: 4 BR #property in #london, Evesham Road – Newly refurbished tw…www.bit.ly @ propertydude

Tell us what is special about the property. Stop shouting at us. Remember – it’s just the same online as it is face-to-face. Don’t shove your products down our throats without knowing who we are and what we want! Give us something intriguing. Make us consider a new home for no reason at all….a sauna, a view, a new bedroom for a new child. Romance us!

Keep it Legal
Be careful what you Tweet. There is a case in the UK of a letting agent prosecuted for false claims regarding property details via Twitter! Always – as ever – keep it real.

Have fun
People don’t just like reading ‘content’ and headlines. They love people! Tweet pictures of office antics and interesting things you see; pretty landscaping in a new development, photos of new builds, children playing in an apartment block. Tweet links to your Facebook page where you’re discussing something with a number of people. Make jokes, share music. Above all, remember the human on the other side of the screen.

Measure
Make sure to use a registered bit.ly account from the beginning of your experience to ensure you understand what content is popular and what isn’t, at the very least. You can bet your boss will want the numbers!

Our next article will cover Twitter etiquette, how and who to re-tweet, Twitter analytics, your social content and measurement strategy, and how to use social media automation tools to ‘keep you going’ with minimum effort for maximum return.