Growing estate agency corporate the Lomond Group has bought another independent agency, this time in Cheshire.

The acquisition is via Thornley Groves, which was itself acquired in 2013, which has bought near rival Julian Wadden & Company.

This will add 60 staff (pictured), four branches and almost 1,000 rental properties to the Lomond/Thorney Groves stable.

As well as its lettings and sales business, Thornley Groves also inherits Julian Wadden & Co’s buoyant land and new homes operation with over 400 new build properties in its pipeline.

Thornley Groves will retain the of Julian Wadden brand its staff and branches in Didsbury, Heaton Moor, Stockport and Marple. 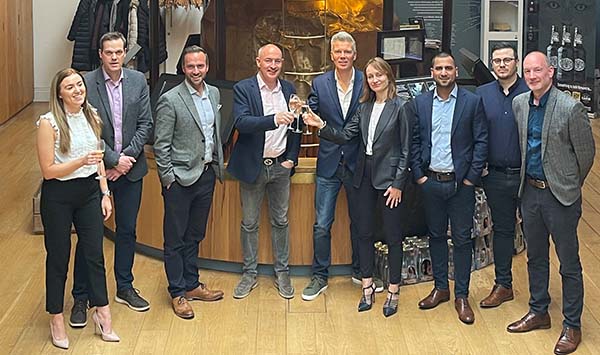 But the deal will see founder Julian Wadden retire from the agency he established in 2007 after a 25-year career in residential sales and lettings across south Manchester along with his wife Michelle, co-owner and HR Director of the Business since 2012.

They will now focus on expanding their build-to-rent business, while retaining strong links with their former firm as a landlord client.

Julian says: “It fills me with great pride to see how far the company has travelled since we opened our doors, growing from one person to a 60-strong team and becoming the market leader in these thriving communities.”

Thornley Groves CEO Jason Watkin says: “With its market-leading position across this sought-after southern stretch of Greater Manchester, plus a reputation to match, Julian Wadden adds an exciting new dimension for us.

Thornley Groves is spearheading much of Lomond Group’s expansion. It has now completed 11 acquisitions in just over a year – tripling the size of its business. It currently has around 7,000 properties under its management compared to 2,400 at the end of 2020.