Sign in or Sign up
The essential site for residential agents
Home » Features » Can landlords protect themselves against interest rate rises?
previous next
Housing Market

Can landlords protect themselves against interest rate rises?

Keith Oliver OBE, has some wise words for your property buyers and investors faced with interest rate rises. 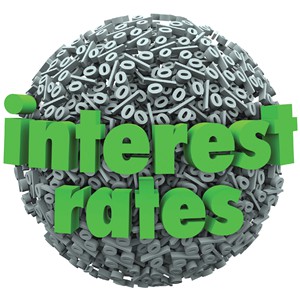 For five years interest rates have been at all-time lows. That’s created a situation where residential property investors are relying on rates remaining that way to realise a good return on their outlay. If investors don’t take the right measures now, however, they could be in for a shock when the inevitable and apparently impending interest rate rises occur.

It seems inescapable that rates will rise. Mark Carney, the governor of the Bank of England indicated just last week that he envisions a “new normal” rate of 2.5 per cent, once they begin to increase. That’s a far cry from the situation we have now, with interest rates having remained at a record low of 0.5 per cent for the best part of half a decade.

The popular perception is that the Bank of England could lift rates as soon as January. By how much remains to be seen. However, many commentators agree it would be sensible for them to do so only slightly – by 0.25 per cent, for example – and gradually. Any change, regardless of its size, will have far-reaching consequences on property and those who invest in it as an asset class.

For those who have decided to purchase property at these low rates with the intention of realising a quick return, the aftermath of the recession has been a good time to buy. With interest rates low, a plethora of cheap properties have been available on the market for those with the necessary capital and appetite to invest.

These investors have benefited from the five years of low interest, assuming they have taken out a tracker mortgage or similar product that reacts to changes in the base rate. Steady lows have meant they have undoubtedly saved on mortgage costs, while they have also witnessed significant increases to capital values.

While asset prices may continue to rise, the change to interest rates should lead investors to consider a re-think on the financial products they purchase. If their circumstances are appropriate, fixing a rate for a suitable period could allow a certain amount of security in the light of some of the uncertainty that lies ahead.

Although we know that rates will rise, we don’t know by how much – even though logic dictates an incremental increase at first. We also don’t know how frequent any gradual hikes might be. In five years, we could be talking about much higher rates. In fact, rates that are five times where they are now, if Mark Carney’s latest statement is to be believed.

For those buying now, fixing their mortgage rate for five years will take advantage of the current low rates, which could result in better returns. In the short term, they may pay more per month, however, as rates begin to rise fixing the rate may reap dividends in the form of lower monthly payments.

Another important point is to keep a close eye on is the loan to value perspective. Understandably, given the events just prior to the 2008 crash, it’s important to think through the affordability of property investments in the event of interest rate movements.

There are much stricter rules about this now, almost gone are the days of the 90 per cent, 100 per cent or even 110 per cent mortgages.

A rate rise would have serious implications on such products, or even on those that are too highly geared on lower percentages. Rules that came into force on April 26 are designed to make sure lenders conduct a full affordability check on applicants. It’s important, though, that investors themselves subject their decision to some critical thought.

It sounds obvious, but still needs to be considered. It’s not too dramatic to say that anything above 90 per cent is a verging on a recipe for disaster. On the same front, it’s advisable to have a decent amount of capital in the property. Essentially, for the buyer, these two points boil down to one thing: make sure they can actually afford to buy the property.

Although some are tempted to place bets on the capital value of property increasing quickly over the next few years, this shouldn’t be relied upon.
Prices are expected to rise but, assuming they are regulated properly, this will be gradual.

Gambling on capital values is a serious risk given the possibility of a five-fold increase to base rates over the same number of years. The last thing we want to do is trigger another boom and bust.

While it may be a seller’s market at the moment, property investors should be aware. They need to think about how they finance the acquisitions, what they expect in yields. A rise in interest rates is on the horizon and could have serious implications. A fixed-rate mortgage is a good starting point, but affordability is another key consideration.
The best advice for agents is to make sure your clients are aware of the risks on both fronts and aren’t gambling on future events.

Keith Oliver OBE is a partner with law firm HBJ Gateley. These are his personal views and not necessarily those of HBJ Gateley.