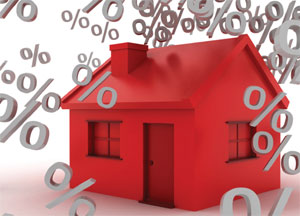 The Bank of England Governor Mark Carney has indicated that interest rates are going to stay lower for longer than expected, with a rate rise now forecast for 2017 at the earliest.

With the recent stock market turmoil and the oil price rout showing no sign of abating, Carney has said that “now is not yet the time” to raise rates from their historic low of 0.5 per cent, adding that any such move would “depend on economic prospects, not the calendar.”

Some economists have even mooted the idea of a possible rate cut should economic conditions worsen markedly, particularly after Japan recently reduced its borrowing rate.

Philip Shaw, Economist at Investec, said, “It would also be interesting to know what weight, if any, the MPC places on a prospect on a reduction in the Bank rate.”

Meanwhile, the former City regulator Adair Turner has warned that without radical policies, the UK economy could be stuck with low interest rates “almost indefinitely.” He forecast that “interest rates in the UK may not go up beyond two per cent by 2020.”

‘The power of V – how to best use video on social media’ – live session with Chris Targett.