Sign in or Sign up
The essential site for residential agents
Home » News » Is lettings proptech firm Movebubble a game changer?
previous next
Products & Services

A lettings proptech company claiming to be a ‘game changer’ in the private rented sector says it can achieve a lead conversion rate of 25% for its letting agent clients just nine months after launching its app.

The Movebubble app, which lists properties from several agents including Chestertons, Hamptons and JLL, enables renters to search, book appointments and rent properties seamlessly without the need for phone calls.

Movebubble says it has already handled 25,000 renters since launching this year, has 2,000 daily app users and that the number of people moving via its app is doubling every month.

“It’s basically a network between the renter and the agent that uses technology and data to help renters find areas [to live in] they wouldn’t have considered or found by themselves,” says Movebubble CEO Aidan Rushby. 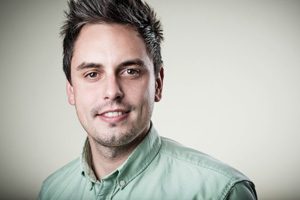 Rushby (pictured, left) says the best way to describe Movebubble is as an Uber for the property world offering two-click viewing bookings and the ability to rate an agent’s service in the same way TripAdvisor does.

“A lot of the agents like the rateable part as it helps improve the experience they are giving the renters and helps manages their branches’ and teams’ performance. It also makes them more accountable and responsible,” says Rushby.

“We have built the whole app and experience around the viewing, unlike the portals who have built it around the search.It makes the process both seamless, digital and much more flexible – we had an offer accepted at 10pm recently. It’s really changing the game for lettings agents.”

Movebubble is standalone from an agent’s CRM and, says Rushby, makes the “journey for the prospective tenant super easy and ‘super click’! just the way Deliveroo has for deliveries”.