The upmarket estate agency will be joined by Boomin as both companies debut their new advertising the day after Christmas.

Savills is to break its new TV advertising campaign on Boxing Day at the same time as Boomin also debuts its new adverting effort.

The upmarket estate agency’s third instalment of its ‘Love Series’ of TV ads first revealed in 2017 will kick off with a 60-second version, designed to cash-in on the 40% uplift in activity after Boxing Day every year.

Savills’ ad will also appear on View On Demand channels, print, social media, on Zoopla, within mailshots and billboards, running from Boxing Day until Valentine’s Day next year.

The estate agency is spending big and says the ads will be seen by 83% of its upmarket AB audience by February 14th.

“Our new campaign will ensure that Savills is front and centre of mind at a time we know people begin to make key life decisions, including home moves,” says Justin Marking (pictured), head of global residential at Savills. 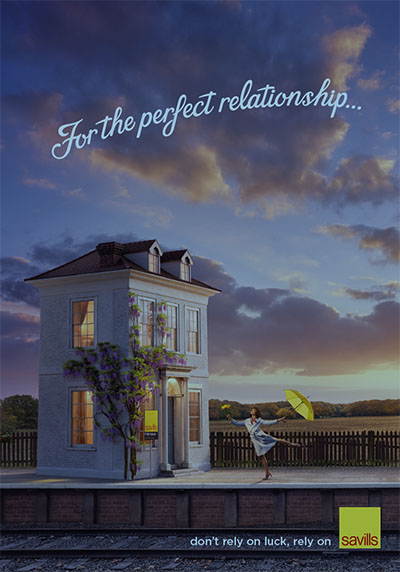 “Set on a country railway station, the new commercial tells the story of a lady falling in love with a beautiful country house. It celebrates the relationship that we all have with our homes and, by using charm and gentle wit.

“With its message: ‘For the perfect relationship, don’t rely on luck, rely on Savills’, our campaign underscores that we understand the emotional side of moving home as well as the need for the type of specialist advice we can offer through our locally and globally connected offices.

“We are going into 2022 with new buyer demand running at an exceptionally high level, at least a third above normal levels for this time of year.”