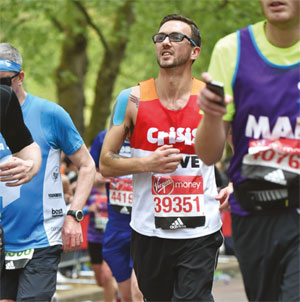 This year, the team, including Tamara Kennedy, Alexandra Marsh, Michael Gillon, Jonathan Tavey and Jamie Prys-Owen, were running to raise money and awareness of the vital work that Crisis does, and together, JLL hopes to raise £10,000 from the marathon effort, which will go towards their aim to raise £600,000 by the end of the year.

Chris Ireland, UK CEO at JLL said, “Since December 2016, we have been raising money and awareness for Crisis, who do some incredible work with homeless individuals. The marathon is a physically gruelling feat and the team have raised an incredible sum for the charity. We wish the team good luck for the rest of their efforts in 2018.”