John Dinsdale worked for over 45 years as an estate agent in Yorkshire including a long stint running his own agency.

John Dinsdale (pictured, below), a well-known and long-serving Yorkshire’s estate agent, has died following a battle with cancer, aged 70.

He began his career at renowned agency Dacre, Son & Hartley but left to begin his own agency, Taylforth’s, with Alex Taylford before moving to Countrywide-owned firm Entwistle Green.

In 1991 he set up his own and eponymous estate agency and chartered surveying firm in Parker Lane Burnley – JW Dinsdale Estate Agents with Roy Wightman, which they sold to competitor Jon Simpson in 2017. 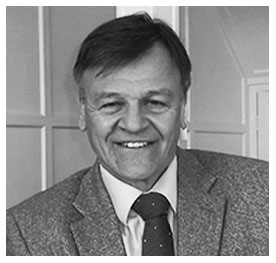 Estate agent Dinsdale was a fellow of RICS and as well as over 45 years spent working within the industry, was also a talented rugby player as boy, later very keen golfer and also a huge music fan.

Paying tribute to her father, daughter Sophie told local media: “He was kind, sometimes stubborn but always the life and soul of the party especially after a glass or two of wine.”

Dinsdale played a leading role at Nelson Golf Club where he had been a member for 31 years and in his youth met the Beatles in Bradford during the 1960s.

His father, Charlie Dinsdale, served at Dunkirk and was friends with the late Captain Sir Tom Moore, who raised £30 million for NHS Charities Together last year.

John Dinsdale’s funeral is taking place today at 11am at the Inghamite Church in Fence followed by a cremation in Burnley.

Is this the end of mandatory eviction grounds for Scotland’s landlords?

REVEALED: Why many private landlords won’t rent to tenants on benefits