Cardiff man Lanoi Lidell has been given a three years and four months sentence for possession with intent to supply MDMA, ketamine and cocaine.

A drug dealer who was investigated over the deaths of two people including an estate agent who took ketamine has been jailed for three years and four months.

Lanoi Lidell, 23, from Cardiff was given the jail term after admitting possession with intent to supply MDM, ketamine and cocaine.

Large amounts of all the drugs were found at his flat after he was stopped by police in the Cathays student area of the city while driving his car.

The vehicle was found to contain drugs and subsequently police raided his home, finding a cornucopia of different illegal drugs worth £8,740.

Police then raided the property once more after Cardiff student Megan Pollitt died after taking a quantity of ketamine, although during the trial the judge said  there was insufficient evidence to prove that her death was linked to Lidell.

On the same November 2020 weekend that Pollitt died estate agent Rhys Trezise, 25, fell ill after taking ketamine at a house party in the city, dying in hospital the day after.

A statement from a spokesperson at four-branch estate agency Jeffrey Ross, where Trezise worked, said at the time that said he was “an extremely valued member of the team.

“The best compliment I could pay Rhys is that he was the exact type of character we look to employ at JR, he had great sense of humour, he was caring and mature beyond his years and I’m sure he made every one of us laugh at some point in time.” 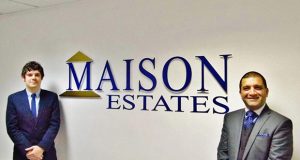