Sign in or Sign up
The essential site for residential agents
Home » News » KeyAGENT launches version 2.0 of PropertyBOX app
previous next
Products & Services 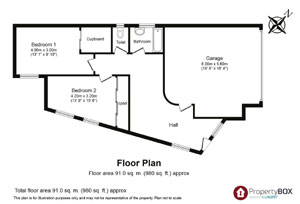 KeyAGENT has launched version 2.0 of PropertyBOX, the floor plan and photo enhancing app.

PropertyBOX allows agents to upload their own photos and floor plan sketches, which are processed into digitised, readyto- use images.

In its first launch in October 2016, the 100 free spaces filled in four hours. One of the lucky 100, Matt Smith from Thornley Groves, achieved a 20 per cent increase in RightMove statistics.

Now, version 2.0 of the app is open to 200 agents, who will trial the app, with unlimited use, free of charge.

Thornley Groves says that its PropTech strategy, which includes the roll out of floor plan and photo enhancing app PropertyBOX to its nine branches, has helped the team boost its Rightmove stats by up to 20 per cent.

“You could technically operate a business without email, but why would you? Using PropertyBOX is kind of like that. It’s an obvious choice for us,” said Matt Smith, Residential Sales and Lettings Director.

Tim Wright, Product Director at KeyAGENT, said, “Our mission is to give some PropTech magic to every property in the UK. Even if an agent isn’t one of the 200 to get a free trial of PropertyBOX, we’re aiming to open the doors to everyone very soon, and those who sign up will be the first to know.”