Sign in or Sign up
The essential site for residential agents
Home » Charity » Knockout event sees agents raise £18,000 for charity 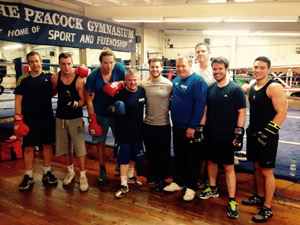 The biggest white collar boxing event ever brought to the property industry, ‘Rumble with the Agents’, took place at The Holiday Inn in Finchley Central, north London, last week, and proved to be an enormous success.

Whilst guests enjoyed a three course dinner, the 12 boxers from Savills, Life Residential, Rushfield Ltd, Panther Securities, Winkworth, Infiniti Properties, Fraser and Co, as well as Landlord Action’s very own Paul Shamplina, kept the crowds on the edge of their seats, well at least some of them – with others standing on them, demonstrating all the time and effort they have put into training over the last four months.

The sporting event, which was filmed by Channel 5 as part of a wider documentary they are preparing to air in June following the work of Landlord Action, also featured a live auction, hosted by special guest John Conteh, the British former boxer who was world light-heavyweight boxing champion.

People dug deep as they bid for some incredible memorabilia, with items including signed football boots, boxing gloves, shirts and even a studio session with musician and DJ legend Mark Ronson, which also included a signed guitar.

“It was great to see so much money raised for such a worthy charity,” said Conteh. “The atmosphere in the room was great.”

He added, “The standard of people taking part in white collar boxing is now better than ever. It is great to see estate agents get involved in this fantastic charity event, which is very physical and can really help to improve their fitness levels.” 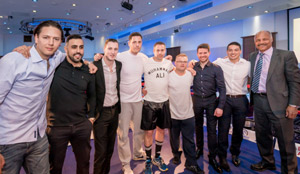 Mr Conteh, who won a gold medal at the 1970 Commonwealth Games, and later went on to win the WBC Light Heavyweight title in 1974, holding this crown until 1977, insisted that he had a lot of respect for estate agents, and the hard work that they put in, and confessed that he, “loves property.”

The night concluded with a speech from Founder of Landlord Action, Paul Shamplina, who thanked all those involved in the evening, with special mention to his wife Rita, of whom he said was instrumental in organising the event, and to the Peacock Gym in East London who partnered the event to provide a fully structured and supervised boxing training programme for the participants.

He added, “For a while now we at Landlord Action have wanted to run an event to support a children’s charity and we chose Rainbow Trust Children’s Charity for all the incredible work they do in providing emotional and practical support to families who have a child with a life threatening or terminal illness. Being an avid boxing fan there was no better way to raise money for a very worthy cause than to bring together some of my property industry peers for a “rumble in the ring”. Bring on next year!” 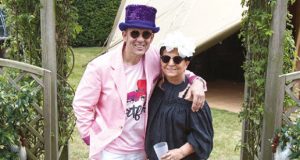 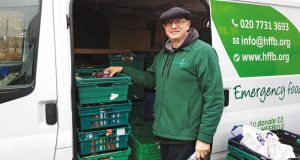 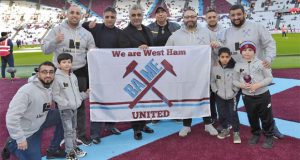