Labour plans for PRS would be disastrous – NLA

A Labour Government would have “far-reaching consequences for the private rented sector,” according to the NLA’s Richard Lambert. 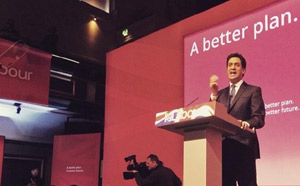 Labour’s plans to cap rents, ban letting agent fees, and restrict tax reliefs for landlords who do not keep properties to basic standards could have an adverse impact on the private rented sector (PRS), according to Richard Lambert, Chief Executive Officer at the National Landlords Association (NLA).

While acknowledging that Labour has tenants’ “concerns at heart”, Lambert points out that the policy will almost certainly backfire because “they don’t understand the economics of supplying private housing to rent”.

The NLA’s CEO (left) insists that these changes “will have far-reaching consequences for the PRS”, and could deter many people from investing in the buy-to-let market which in turn would reduce the supply of housing stock in the PRS.

He commented, “If these proposals are going to be rushed into the first Queen’s Speech, less than a month away, without time to think through the consequences, Labour’s good intentions could make the housing crisis worse, not better.”

NLA research has found that around two-thirds of landlords do not increase rents during a tenancy.

Lambert continued, “Capping annual price rises to inflation sounds like a great consumer protection initiative, but wherever these formulas have been introduced, it’s proved to be counterproductive because it leads to a culture and expectation of regular increases by whatever is allowed. 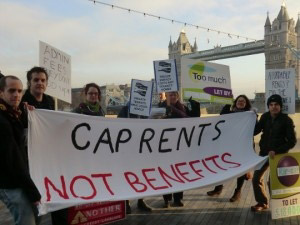 “Restricting tax reliefs for landlords who don’t keep their properties up to standard is a good headline, but it leaves many questions unanswered. Who decides that the restriction will bite and how would it be assessed?”

Meanwhile, new research shows that Conservative stronghold constituencies have enjoyed the largest increase in residential property prices since the last election, with a rate of growth almost three times higher than Labour majorities.

The figures compiled by online estate agents HouseSimple.com reveal that the average price of a home in the 20 largest Tory majority constituencies have increased by 17.1 per cent since 2010, compared to a 5.8 per cent rise in the equivalent Labour areas.

Overall, Conservative constituencies saw an average price rise of 16 per cent, Lib Dems 14 per cent and Labour 14 per cent.

However, nine constituencies recording declines – five Labour and four Conservative – led by Labour-run Bishop Auckland in County Durham which have seen prices fall by 8.4 per cent since the coalition came to power.

Alex Gosling (right), CEO of online estate agents HouseSimple.com, commented, “In pure statistical terms, if you vote Tory then you are likely to have fared far better house price-wise over the past five years than you would if you vote Labour or Lib Dem. It’s also clear that the North-South divide is as pronounced regarding house prices as it is politically.”