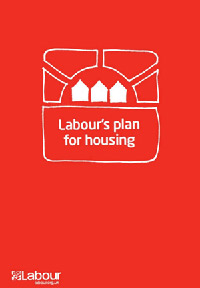 Ed Balls, the Shadow Chancellor, has been forced to defend Labour’s plans for a mansion tax on homes worth more than £2 million after it was described as “crude” by Lord Mandelson (left) who insisted last week that he did not like the idea of “clobbering people” with the levy.

In offering his thoughts on the planned mansion tax, Lord Mandelson told the BBC’s Newsnight that, “I think it’s crude, I think it’s short-termist.”

He went on to declare his support for the Liberal Democrat idea of adding new higher council tax bands.

The Lib Dems, who originally called for a mansion tax on £1 million-plus homes prior to the 2010 General Election, have since refined their plans and are now calling for a review of the council tax bands in place since the early 1990s, with new bands above £2 million introduced.

However, Shadow chancellor Ed Balls (left) has defended Labour’s planned mansion tax and insisted that a levy on properties worth £2 million-plus, which his party insists will be spent on the NHS, would be introduced in a “careful, consulted way.”

He told BBC Radio 4’s The World at One: “I promise you that it [a mansion tax] won’t be crude. I do not want to clobber anyone.”

Meanwhile, Labour Peer, fertility doctor Professor Robert Winston, has described Labour’s plans for a mansion tax as like something out of Soviet Russia.

He said the policy was unfair because it would not affect people in similar-sized properties in other cities in the UK and could result in homeowners being forced to move out – a prospect he compared to the Marxism inflicted on Russia after the revolution.

“My terraced house in London is probably just close to that band,” he said in a radio interview. “If I had the same identical house on the outskirts of Birmingham, it would be half that amount and I would never pay this kind of tax. That doesn’t seem right to me.”

Knight Frank analysis shows 2.5 per cent of London homes would be affected by a proposed ‘mansion tax’ on properties worth more than £2 million.

To assess how this impact on London equates to the rest of the UK, Knight Frank analysed ten other markets to determine the top 2.5 per cent by value and the equivalent ‘mansion tax’ entry point in each.

For example, the top 2.5 per cent of the West Midlands property market represents homes worth more than £472,216 (see table below for full results).

“The data puts the London housing market and the disproportionate impact of a mansion tax into a national context,” said Tom Bill, head of London residential research at Knight Frank.

“House prices have grown more in London than other regions in recent years but this reflects high demand and constrained supply more than wage growth or any greater capacity of London homeowners to pay tax,” he added. “Furthermore, the data underlines the mismatch between the term ‘mansion’ and reality of property markets across the UK.”

London contributed 42 per cent of all stamp duty revenue in England and Wales in the 2013/14 tax year, up from 41 per cent in the previous year.