Cleaning remains the most common cause of dispute, appearing in 53 per cent of all cases research reveals. 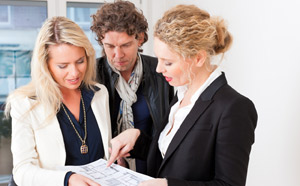 A high volume of tenants are continuing to win deposit scheme disputes due to a lack of evidence, according to Imfuna Let, which has commented on the issue in light of statistics from the Tenant Deposit Scheme Annual Review 2014.

According to the Review, since the tenant deposit schemes initiative came into force in 2007, tenants have won 100 per cent of a deposit more often than landlords.

Cleaning remains the most common cause of dispute, appearing in 53 per cent of all cases. This is followed by damage (46 per cent), redecoration (29 per cent), arrears (16 per cent) and gardening (14 per cent).

“Despite the best efforts of the deposit schemes, landlords and agents are not being awarded 100 per cent of the deposit as often as tenants,” said JaxKneppers, Founder and CEO of Imfuna Let. “It is worth asking ourselves why landlords have failed to improve their success rate at disputes over the last few years? One obvious reason is the quality and lack of evidence which is presented at adjudications.

Kneppers believes that far too many landlords and agents are not conducting an adequate inventory or check-in and check-out and are failing to keep copies of correspondence with the tenant, which could be evidence in a dispute.

He added,“It is so important that landlords and agents have a properly compiled inventory. This will always be much more detailed than a landlord’s own document and will provide vital evidence in any end of tenancy dispute. The tenants should check and sign their agreement detailing the inventory when they check-in.”

Separate research found that more than half of tenants – 52 per cent – experienced difficulties with their landlord when it came to the return of the deposit.

The survey, conducted by removals company Kiwi Movers, revealed that only one in five got their full deposit back without any problems while over a quarter – 28 per cent – said they managed to get their deposit back in full only after a dispute with the landlord or letting agency.

Kiwi Movers Director, Regan McMillan, said, “We’ve seen an increase in customers hiring professional cleaners before checking out of a rented property. It seems to be the only way to counter what they see as the inevitable attempts to withhold part of their deposit. Our customers tell us they feel vulnerable unless they have paperwork to prove that they left the property in an acceptable state. Moving is stressful enough without having to worry about having your deposit unfairly withheld.”

Meanwhile, almost half of tenants – 47 per cent – do not trust letting agents to protect their interests, according to a new survey by online tenant portal, The Tenants’ Voice.

Some 52 per cent of those polled feel that letting agents do the bare minimum to provide services in line with the duty of care they owe to tenants, while more than a quarter – 28 per cent – believe agents do not provide them with a suitable duty of care.

On a more positive note, almost three quarters – 73 per cent – of respondents polled by The Tenants’ Voice agreed that the ‘right’ letting agent can improve the renting experience.

Glenn Nickols, Founder of The Tenants’ Voice, commented, “What’s clearly lacking in the relationship between tenants and letting agents is trust. In some cases it’s there, but in many more it’s not. Given the vast number of people who rent these days, the fact that nearly half do not feel like their interests are being protected by agents should make the industry sit up.

“More needs to be done to drive awareness of the various schemes that exist to protect tenants’ interests, too. Many tenants are having to find their way in the dark and the industry often appears happy for them to do so.”