Sign in or Sign up
The essential site for residential agents
Home » News » Housing Market » Do builders really have too many land banks?
previous next
Housing Market

Do builders really have too many land banks?

A new report from the CPRE reveals historic highs in the number of building plots land banked by builders - it claims - but whose fault are these land banks? 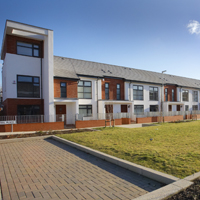 If you’ve ever wondered why it takes so long for new homes developments in your area to go from planning permission to completion, then a report by the Campaign for Rural England (CPRE) attempts to explain the strange world of land banks.

The CPRE’s dossier on  new homes building  in the UK is a damming summary of the factors that prevent more new homes being built in the UK, something that  frustrates many of the agents waiting to sell them.

The Getting Houses Built report, published this month, lays the blame at the feet of the developers, which it collars for focussing too much on profit while “dictating supply but not meeting need”.

One of the more surprising facts to emerge from the report is that the nine largest volume builders have a land bank of some 340,000 housing plots. While the CPRE admits that shareholder value will never override national house-building targets, it says the high levels of land ‘banked’ reveal the need for urgent reform.

To fix this problem, the CPRE suggests that developers are granted planning permission on a ‘use it or lose it’ basis with a five-year limit, after which land would be compulsorily purchased off the developer.

But Home Builders Federation (HBF) spokesman Steve Turner says the CPRE’s land banking figures are based on incorrect data and he calls into question the whole basis of the report, which he says covers ground already explored by the Kate Barker’s report into housing supplly in 2004, among others.

“Quite the opposite – it is in the interests of builders to free up as much land as possible, particularly during the current market in which demand is increasing, to build houses on.

The HBF instead points the finger of blame for the size of the land bank at local authorities which, although it understands must “take time to consider planning applications”, nevertheless continue to take too long, Turner says.

Local authorities certainly don’t have the excuse of too many applications to process – most recent government figures show that the number received by authorities is still barely a third of those during 2007, before the financial crisis.