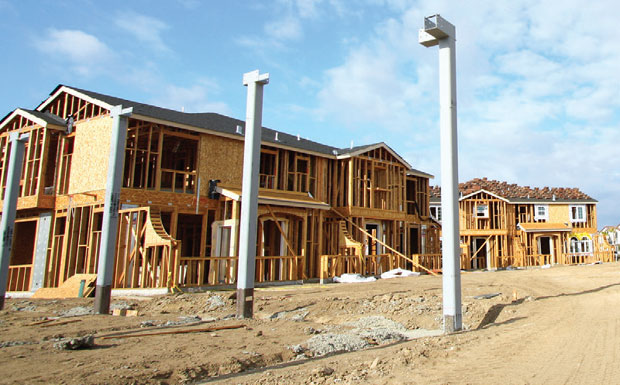 How to crack the land and new homes sector

The fierce rivalry between estate agents is the stuff of legend, but, says Kevin Ellis, agents working together can achieve fantastic results in Land and New Homes.

The idea of non-competing estate agencies working together to sell homes isn’t a new one, but in the rapidly growing sector of land and new homes, it is one which is really seeing some great results.

Working together is paying off handsomely for those agents who are savvy enough to do it – and the land and new homes sector has massive potential for independent agents to bring in lucrative new revenue streams and forge profitable ongoing partnerships.

It’s already offering real growth for agencies that are doing it properly, presenting a big opportunity and one that online-only agencies or hybrids will have very little chance of cracking due to the importance of personal relationships which need to be cultivated over time.

I’ve worked with developers and new homes builders for more than 15 years. They can be a demanding bunch but get it right and the benefits for your agency can be huge.

Developers and house builders want to work with agencies that have land and new homes expertise, have slick new build marketing strategies and can offer exposure of properties to a wide audience.

To the uninitiated agent, land and new homes can often feel like a mysterious dark art.

It isn’t when you know how the market works.

I’ve spoken with many excellent independent estate agents who are keen to get involved but don’t have the knowledge, experience, budget or marketing reach to pitch successfully to landowners, developers and builders.

Here’s where working together within a network pays off.

Of course, agents fighting for instructions and deals in a geographic area will never share their leads, learning or contacts with each other. Some don’t even speak to each other let alone do business together.

But non-competing agents who are part of a network and selected because they meet the highest of professional standards in our industry are attractive to house builders and developers with a capital A.

I set up the Land and New Homes Network in June 2016. My idea was to bring the best, non competing independent agencies across the UK together to win more land and new homes deals.

It was an idea borne out of listening to builders and developers who were frustrated with agents who weren’t delivering the levels of service and audience they wanted.

The good news is a network working together can and already has delivered what the developers want – great service and results – and what the estate agents need – instructions and ongoing business from land sales, lettings and future sales commissions.

In the summer we had a great example of independents in Kent teaming up to win the opportunity to sell 47 new homes in the county.

This house builder builds a large number of homes each year and was originally going to instruct a corporate agency but decided to go with the more personal feel of two smaller, perhaps hungrier, hands-on agencies.

The builders in question liked the idea of working with local market experts and because the agents were in separate towns the audience of potential buyers was much larger.

Along with my colleague Ian Stratford, who spent many years with the Relocation Agent Network encouraging inter-agency co-operation, we are seeing more and more agents wise up to the power of partnerships.

The lucrative land and homes market is only going to get bigger and more competitive as the Government see building more places for people to live as public priority number one.

You don’t have to be a sprawling corporate agency to get involved but you do need to learn how the market works, what developers and house builders expect and to be willing to form alliances and networks.

Here’s to the power of partnerships.

Kevin Ellis is the founder of the Land and New Homes Network and previously spent 13 years running the successful New Homes department at Romans. www.lnhnetwork.co.uk