Higher thresholds and stress tests will add to the pain. 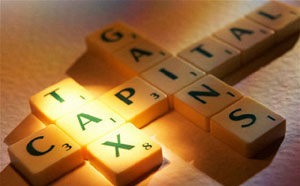 The Bank of England has decided that landlords could be wading into to deep water in the next few years, as the full impact of the reduction of tax relief on mortgage interest, combined with possible (likely) interest rate increases, will be felt by 2020.

Mark Carney (left), Governor of the Bank of England, is encouraging lenders to start stress testing buy-to-let borrowers, ahead of the changes that start to hit next year. This may lead to some lenders limiting mortgages to just 40 per cent on new loans, with a higher rental revenue versus mortgage payment percentage required. Some banks, including Barclays, Nationwide and TSB have already introduced a requirement of 145 per cent of rental cover, so, for example, a landlord with a mortgage payment of £1000 per month, must be confident of receiving a rental payment of at least £1450 per month.

Research by Property Partner found that in areas with lower rental levels, this would mean that landlord investors would be limited to just 40 per cent of the property’s value.

In another blow, landlords will now have to pay 28 per cent capital gains tax when they sell a property, leading Kevin Hollinrake (right), Conservative MP and Co-founder of Hunters estate agents, to call for an amendment to Clause 72 of the Finance Bill, which would allow property investors the same capital gains tax cuts as other investment types.

The Residential Landlords Association (RLA) has already appealed to the Government about these tax changes that, they say, will wipe out many landlords profits and lead to sharp rises in rents, meaning that tenants will ultimately pay the price of the ‘unfair tax grab.’

Alan Ward, chairman of the RLA, said, “Landlords do not want to increase rents unnecessarily but many will have to if they are to stay in business. We welcome the concern of many MPs and hope they will be able to persuade the Government to change its mind.”

HomeLet, the rental insurances provider, says that its latest research shows rents are rising. Their June index found that rents continue to rise in almost every area of the country, with 10 out of the 12 regions surveyed seeing an increase over the three months to the end of May.

Martin Totty (right), Barbon Insurance Group’s Chief Executive Officer, said, “The June HomeLet Rental Index shows that the rental market remains resilient in the face of the various economic and political headwinds the sector has faced recently. Landlords are continuing to secure rental growth whilst there are some early signs of affordability criteria beginning to bear on the rates of rental price growth”

“The impact of the EU referendum vote will now play out over the months ahead: if, as expected, the result acts as a restraint on the supply of new housing, the gap between demand and supply in the private rental sector will remain marked; all the more so if more people decide to rent while waiting to see what happens to house prices.

“Landlords will be considering their position carefully, particularly in the light of further taxation changes to come next year, which could reduce net yields; with long-term drivers such as net population growth still in place, it is likely that rents will continue to rise, though affordability will continue to be crucial. The recent slowdown in rental growth rates may suggest an affordability ceiling is being approached.”