Sign in or Sign up
The essential site for residential agents
Home » News » Cash splurge surge? Landlords buying without a mortgage spend £21 billion
previous next

Record numbers of landlords are buying properties for cash, particularly in the North and Scotland, says Countrywide. 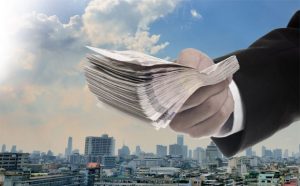 The government’s energetic attempts to subdue the buy-to-let market have failed, according to the latest rental market index from Countrywide.

It reveals that a record number of landlords are re-mortgaging their existing properties to buy new ones for cash.

The company says 65% of buy-to-let sales over the past 12 months were cash purchases, totalling £21billion, which is £200 million more than last year and a third higher than in 2007 when Countrywide began tracking the market.

Northern and Scottish landlords are the most likely to buy with cash. Nearly 80% of buy-to-let property purchases in the North East are for cash, followed by Scotland at 71%, although in London landlords are much more reliant on debt to buy their next rental property – only 42% of purchases there are cash deals.

“Landlords have increased their housing wealth considerably over the last 10 years,” says Johnny Morris, Head of Research at Countrywide (pictured, below).

“This means cash purchases are steadily becoming a bigger part of the market.”

It’s a developing trend, the Countrywide research shows. Ten years ago mortgaged-backed purchases were twice that of cash sales, but now the tables have been turned.

Over the past 12 months buy-to-let purchases made with a loan totalled £13.3 million while cash sales totalled £21 million.

“A landlord buying with cash will often have a mortgage either on their personal home or other properties in their portfolio,” says Johnny,

“Rising prices have allowed landlords to take equity out of both their personal or other rental homes to expand their portfolios.”

Read more: What’s behind the government’s attack on landlords?