The East of England has seen the biggest net growth in tenant demand, new research shows. 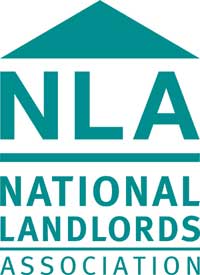 Almost half of landlords in this country are reporting an increased demand for rental properties, according to the latest research by the National Landlords Association (NLA).

Some 40 per cent have experienced a rise in tenant demand over the past three months, demonstrating just how important the private rented sector is in housing a growing number of people, the NLA said.

The East of England witnessed the biggest net growth in tenant demand with a 48 per cent increase. This was closely followed by the South West – with 45 per cent increase – and the South East and outer London – with 41 and 40 per cent respectively.

According to the research, just six per cent of landlords, on average, reported a decrease in tenant demand in the last three months.

Landlords in the North East reported the largest net decrease in tenant demand of all the regions with a 15 per cent decline in demand, closely followed by 12 per cent in Wales and Yorkshire and 11 per cent in the North West.

The research conducted by the NLA also found that 5 per cent of landlords will sell up following the Government’s plans to remove mortgage interest relief for landlords, which could affect some 600,000 tenancies.

Carolyn Uphill (left), Chairman, NLA, said, “The Government’s planned changes, which will be phased over a period of years, gives landlords effected time to review their finances, but some will still be forced to sell or trade at a loss which is unsustainable and the projected impact will mean that ultimately renters will lose out as a dwindling stock drives up prices and competition for homes.”
Meanwhile, a starting date has been set for the introduction of Rent Smart Wales – new requirements under Part 1 of the Housing (Wales) Act 2014.

Rent Smart Wales, the brand name for the new registration and licensing requirements under Part 1 of the Housing (Wales) Act 2014 will be launched on 23rdNovember 2015.

From this date, landlords who need to register, and landlords and letting agents who need to become licensed, will be able to register and apply for a licence. They will have 12 months in which to comply with the new legislation.

‘The power of V – how to best use video on social media’ – live session with Chris Targett.