The average house price in the UK is now £25,000 more than in November 2020, but property experts say it's not all good news. 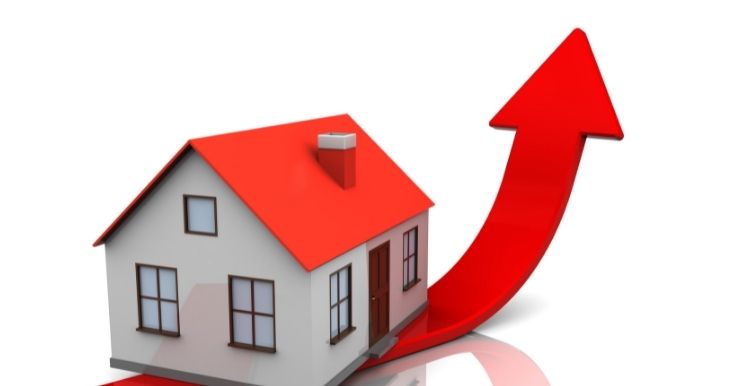 The latest house price data published on GOV.UK by HM Land Registry (HMLR) also shows that property values in Wales increased the most at 12.1%, followed by Scotland at 11.4% and Northern Ireland at 10.7% .

House prices have risen slowest in England at 9.8% but continues to have a higher average house price at £288,000.

Meanwhile London continues to be the region with the lowest annual growth at 5.1% compared to the South West, which saw house prices rise to £308,497, representing a 12.9% uplift on November 2020.

The report comes as a property experts warn that house price rises are not all good news and will continue if the drastic supply shortage continues, despite early predictions being that 2022 would see a significant slowdown.

Competition is currently fierce among buyers, with a record number of viewings taking place for each property on the market.

Nathan Emerson (left), CEO at Propertymark commented: “We know that the market during November has been historically busy, so it’s unsurprising that the average house price is £25,000 more expensive than in November 2020.

“Our Housing Market Report for November revealed an average of 29 potential buyers for every available property per branch – a 21 per cent increase in competition from October, however, despite a rise in the average number of potential buyers, a record low supply of properties was recorded, with an average of just 20 homes per branch – 50% less than in November 2020.

“Low stock levels and high demand has created fierce competition in the housing market and has contributed to the rise in prices. Agents have also told of unprecedented activity moving into December so a further rise in house prices is likely to continue in next month’s report.”

However Nick Leeming (right), Chairman at Jackson-Stops believes stock levels will pick up and as a result, any would-be vendors sitting on the fence should act now.

He added: “It is evident that this imbalance between stock and demand will continue to underpin housing activity in coming months and this is reflected by what we are seeing across our branches where the complex and ongoing changes to the nation’s working patterns and lifestyle aspirations have only heightened the importance Britons place on owning a home.

“Heading in to 2022, the countryside renaissance shows no sign of abating but could be tempered with wider concerns about the rising cost of living and the cooling effect of higher interest rates. Whilst the housing market is seeing some sellers delay listing their property until they feel confident that they can find their suitable next step across the nation, we are seeing many vendors committed to finding the right home and great houses to move to. As such, listing now puts vendors in the best possible position to capitalise on a buoyant market and we’d hope to see the level of stock in the market improve in the coming months.”

In the midst of high house prices, we’re also facing higher living costs and interest rates which could deter some buyers, says Miles Robinson (below), Head of Mortgages at online mortgage broker Trussle.

“The housing market is continuing to defy the odds,” he commented. “But, while it’s good news for homeowners that house price growth remains steady, there is a need for caution.”

He added: “Many homeowners are now facing a real squeeze on their finances. Increased interest rates have already had a big impact on mortgages, with sub 1% mortgage rates all but disappearing from the market overnight. More so, those homeowners on standard variable rates could see an annual increase of £324.48 to their mortgage payments. In addition to this, rising energy costs look set to affect mortgage affordability. Big lenders have signalled that energy prices could increase by such an extent that they will need to take utility costs into account during mortgage affordability checks.

“Not only could this prohibit first time buyers with smaller deposit sizes, but it could also ring fence more competitive mortgage deals for those who really need them. Time will tell what impact these changes will have on the housing market, but it’s likely that buyers will need to take a more cautious approach during the coming months.”