The recent announcement by Housing Secretary James Brokenshire that sales of leasehold houses are to be banned is already impacting the market, ONS figures show.

The number of newbuild leasehold houses being sold has slumped dramatically from 13.3% of all new homes sales to just 4.2%, government data for 2018 has revealed.

The reduction follows the government’s announcement that it is to ban the sale of leasehold houses and reform the terms of other leasehold types to be fairer, including the banning of doubling ground rents and excessive legal charges to alter leasehold agreement terms.

A recent consultation on the issue carried out by the government received 6,000 replies which, it said, showed the ‘strength of feeling’. Sales of newbuild leasehold houses rose from 7% in 1995 to a peak of 15% in 2016 as many house builders realised they represented a lucrative income stream.

Figures published by the Office of National Statistics show that the most severe reduction in newbuild leasehold house sales was in the North West where they more than halved from 58.5% to 21.8% of all new homes.

Since the 1960s many new homes in Manchester, Liverpool and parts of Wales have increasingly been sold as leasehold and this tradition has been exploited by many builders.

But it is common in other areas of England and Wales too. London has the second highest level of leasehold houses; last year 15.9% of all newbuilds were sold this way in the capital

But elsewhere it’s relatively rare. In the North East only 1% of newbuild are leasehold. 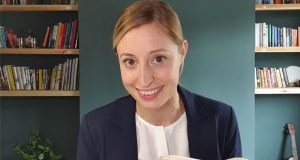