Richard Reed takes the temperature of the property finance market and discovers some worrying effects of the COVID-19 crisis. 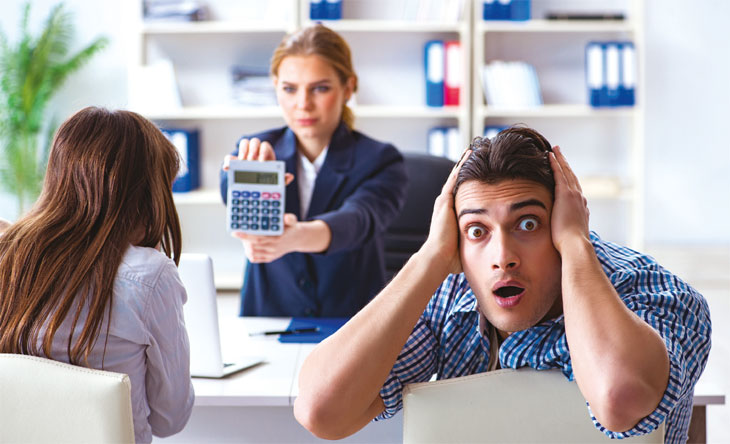 Furloughed staff and people who have taken payment holidays are having difficulties getting mortgages as the property market reopens for business – with a surge in demand from first-time buyers.

Several lenders, including Barclays, briefly shut up shop at the start of the lockdown, and a few, such as Together Mortgages, are still not lending on new business.

But as others return to the fray, the Covid factor is clear: brokers report much tighter loan-to values (LTVs), while affordability is under the microscope.

Even mortgage payment holidays – which the government pledged would not affect credit ratings – are being taken into account when looking at ability to pay.

“As soon as the lockdown hit, the first thing we saw was that quite a few lenders absolutely stopped – and all but a handful of lenders restricted their maximum loan-to-values,” says Matthew Fleming-Duffy of Cherry Mortgages. “We saw LTVs down to 60-65 per cent across the market.

We saw LTVs down to 60-65 per cent across the market – we’ve seen that gradually shift, but we’re certainly nowhere near what we’ve seen pre-Covid lockdown. Matthew Fleming-Duffy, Cherry Mortgages.

“We’ve seen that gradually shift with some lenders increasing their LTVs, but we’re certainly nowhere near what we’ve seen pre-Covid lockdown.”

Brokers say 95 per cent LTVs have almost completely disappeared and there are only a couple of lenders offering 90 per cent.

Accord Mortgages re-launched a 90 per cent LTV product but it was only available for a week before being axed due to overwhelming demand. That just left Virgin Money, HSBC and a couple of small building societies offering at 90 per cent via brokers, though Nationwide was offering up to 95 per cent to borrowers going direct.

“It’s certainly difficult to keep up to speed. One minute we’re getting good news and then other times, as with Accord, we’ve seen lenders rowing back from that,” adds Fleming-Duffy.

Predictions of a market downturn have failed to materialise, at least in the short-term. “My phone was certainly glowing hot in the week when announcements were made about Covid-19 lockdown restrictions being eased,” he says. “I think a lot of people are realising they can’t live in their two-bedroom flat and need a garden and are looking to move out.”

Louise Hart, Senior Mortgage Adviser at Mortgage Move, says there has been such high demand from first-time buyers at 90 per cent-plus LTVs that the few lenders offering those products were inundated, and reined it back for processing reasons.

She agrees that people stuck in flats are desperate to buy something bigger. “They are saying, ‘No, actually we need somewhere with a garden now because we can’t cope with being stuck in again’.”

She says the move could possibly spark higher demand for buy-to-lets for those tenants unable to meet tighter lending criteria, though she has yet to see any increased interest in the sector.

Not many lenders are actively offering loans at 90 per cent, and that’s a bit of a concern for the first-time buyer population, which is definitely out there – and in earnest. Simon Cox, Operations Director, Embrace.

Simon Cox, Operations Director at Embrace, also reports heavy demand from first-time buyers but says at one point both Accord and Virgin had withdrawn from the 90 per cent LTV sector. “Not many lenders are actively offering loans at 90 per cent and that’s a bit of a concern for the first-time-buyer population, which is definitely out in earnest,” he said.

“For us the main source of 90 per cent lending right now is HSBC and the process they’ve got in place is that you literally have to get onto their system and register your request for that borrower at 8am, and by 8.20am the allocation has gone. If you are looking to try to place a 90 per cent LTV mortgage at the moment it’s tough.”

Brokers say lenders are scrutinising affordability criteria much more closely than before Covid, and there is bad news for those on furlough or the thousands of people who took mortgage payment holidays.

“If you have been furloughed and you are only getting 80 per cent of your salary, a bank will only take that 80 per cent until such time as you return to work,” says Fleming-Duffy.

“If you are self-employed, banks are saying, ‘When are you going back to work? If you can’t give us a date yet we’re not sure we want to lend to you. If you’ve taken a mortgage payment holiday it’s at our discretion to say we don’t want to lend to you because obviously you are at risk of this going wrong for you’. Or we are seeing lenders say, ‘Show us you’ve got the savings in place to cover your mortgage payments in case this comes round again’.

“Some lenders are being more flexible in their response than others. But certainly being furloughed, taking the self-employed government help, taking those mortgage payment holidays, is having an impact on a lending decision.

“We’ve seen underwriters say, ‘What is your return-to-work date, and can you confirm that – we’ll only lend when you have. Have you got savings? We appreciate you’ve taken the payment holidays but could you have covered it yourself? If not, we are going to consider not lending.”

Louise Hart agrees lenders are being much tougher on affordability. “If someone is relying heavily on overtime or commission that you can’t guarantee going forward, a lot of lenders have stopped using that strain of income or certainly taking a much more in-depth look at what that income is based on, what line of work the clients are in, and that kind of thing.”

She says lenders are still taking on clients who are furloughed but being very cautious about their income.

Cox confirms that while you can still get a mortgage if you are furloughed, underwriting is now much tighter, with lenders not taking into account income levels prior to lockdown.

“It’s about risk appetite among lenders. Lenders normally want to lend, but in current times they are also looking at the propensity for the borrower to default.”

He says he is also “hearing noises” that having taken a mortgage holiday might affect someone’s ability to get a new loan. “That would be concerning if there were a view that it affects people’s credit ratings and their ability to borrow in the future. That doesn’t seem right or fair to me.”

Cox says there is “significant interest” from people looking to buy property with a garden, or move out to the country.

He says personal circumstances may have changed and so too have priorities, when it comes to buying a new home.

“Before Covid, if you asked an agent ‘What’s the most important thing to a buyer?’, it would be typically kitchens and bathrooms – now it would be gardens and space.

“There is going to be a migration of people who want to move to a more rural or less densely populated area.

“The real gamechanger is people realising that they can work from home, and today’s technology is allowing that – the public’s acceptance of the use of video calls like Zoom has changed the picture.”

Cox has seen little change in activity on the buy-to-let front. “Unless you are a seasoned landlord who is able to take significant void periods from time to time there are lots of things that might cause a landlord to pause before entering the market right now,” he adds.

“The ‘accidental’ landlords who are doing it for their pension pot may be a little more reluctant to enter in this climate. There are lots of elements that aren’t stacked in the landlord’s favour and I think the government does need to look at that.”

Bridging loans, commonly used for auction finance, have also been hit by lenders pulling out of the market – though with estate agents closed, auction sales remained buoyant during the lockdown (see the auctions article in this issue). Together Money froze its pipeline when the lockdown was announced and is still not lending at the time of going to press. “We’ve been in this business for 45 years – we’re pretty much the leading UK specialist lender, so we know what we’re doing. We felt that urgent action was prudent and therefore we would then be in a firm position to restart lending in a commanding position in the industry when the time was right,” says spokesman Alexander Cowen-Wright.

Meanwhile on the conveyancing front, James Benger of panel manager QuoteLegal says that transactions paused during the lockdown are back on track, though there is still a backlog of valuations. “We are back up to a fairly healthy number of new instructions coming through and quotes being generated,” he says. “Solicitors are now seeing mortgage offers coming through from lenders that were previously on hold.”

He believes we could now be in a seller’s market, at least in the short term.

“People have spent two months locked up in their house thinking, ‘Actually, I don’t want to spend another 10 years here’. It is fuelling a higher rate of buyers than there are houses on the market.”

People have spent two months locked up in their house thinking, ‘Actually, I don’t want to spend another 10 years here’. It is fuelling a higher rate of buyers than there are houses on the market. James Benger, QuoteLegal.

Covid-19 has dramatically shaken up the housing market. The speed with which the economy can return to normal is critical, but thousands of job losses have already been announced and more will inevitably follow. The country is burdened with a level of debt not seen since World War II. Is a recession around the corner, or will the economy bounce back?

Lifestyles and ways of working have changed at a rate that might have taken a decade in normal times. An exodus from the city and a desire for gardens are racing certainties – the lockdown will linger long in people’s minds. 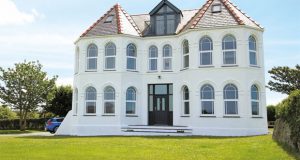