Two Cornish letting firms have launched a campaign to encourage the region’s landlords to reduce rent for struggling NHS workers.

Camel Lettings and Homequest Lettings have started the ball rolling by offering landlords a 25% discount on their first 12 months’ fees if they take part, and hope other agencies will follow suit.

Phil Norgan, who’s the property manager for both firms, was inspired to do his bit after hearing about a radiologist who was being evicted from his rental home, and acknowledges how hard it is for NHS staff in Cornwall to find affordable rental accommodation.

His efforts have garnered an appearance on local BBC radio, and he is also due to appear on the broadcaster’s regional TV news too.

Phil put out the call on LinkedIn and Twitter and hopes a string of resulting media slots will inspire others in the sector. “We want to see if there are any existing landlords or new landlords out there who can offer workers reduced rent,” he tells The Negotiator.

One landlord has already come forward to discuss a possible tenancy and, as well as other letting agencies, Phil hopes holiday homeowners can get involved over the winter, in the same way that many did during the first lockdown.

Sales agents could also play their part, he says: “If there are vacant properties out there – maybe they’ve been over-valued and not sold – an agent could persuade the landlord to rent it out for six months and then relaunch in the spring. The more people who get involved, the more momentum we can get.”

He adds that because some NHS workers won’t pass the affordability checks in the referencing process, the Royal Cornwall Hospital Trust has agreed to stand by their agreed salary.

The number of new rental properties being listed in Cornwall dropped by 44% this year compared with the 2017-19 average according to Zoopla; in neighbouring Devon there has been a staggering 70% drop in private rented properties over the last two years as landlords have swapped to short term holiday rentals. 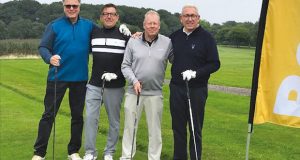