Sign in or Sign up
The essential site for residential agents
Home » Features » Letting fees ban set for Spring 2019, but the devil remains in the detail
previous next
Regulation & Law

Letting fees ban set for Spring 2019, but the devil remains in the detail

The Ministry of Housing, Communities & Local Government (MHCLG ) does not expect the letting fees ban to come into force until Spring 2019. Introduced by Sajid Javid in November 2017, the draft legislation was given a thorough savaging by experts during two parliamentary debates on 9th and 22nd January and will now go to a third reading in the House of Commons before moving to the Lords. 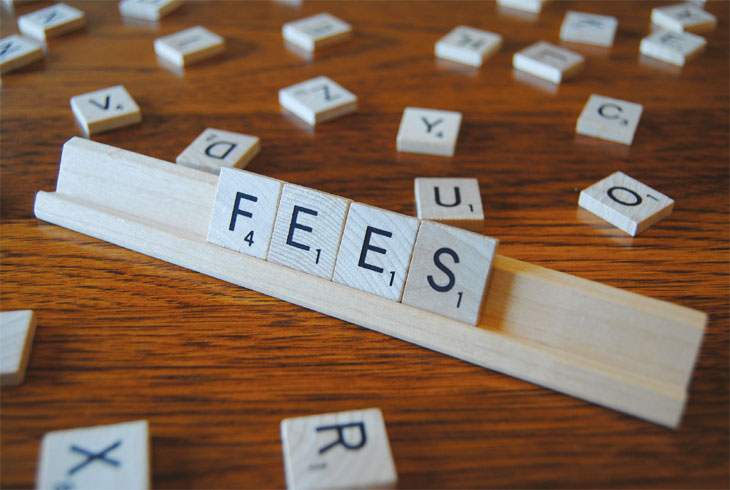 In the first, MP Clive Betts (left) and another 11 MPs quizzed three experts about how effective the bill will be – Shelter’s Head of Policy, Kate Webb, the University of York’s Centre for Housing Policy Dr Julie Rugg (right) and Professor Ian Loveland from the City Law School.

Several debates raged, including if the bill was legally watertight, if councils will have the resources to police it (they won’t, the experts said), weaknesses in

the role of the new housing tribunal, the high level of fines – agents and landlords face paying up to £30,000 if they are caught flouting the new law – and if the bill will drive the quality of rented properties down as landlords seek to save money.

Shelter’s Kate Webb (left) also claimed, controversially, that the poorer the tenant, the higher the fees letting agents charge them, while Ian Loveland picked numerous holes in the bill’s drafting.

Margaret Senior, Craven Homes Ltd., said, “Where does Kate Webb get her misguided information? The PRS is not designed for people that need to be in social housing. Shelter should pressure the government to provide affordable housing for low income families.

“In rural settings, the rental market and fees charged are nothing like Shelter’s information. If they want to target unscrupulous landlords and exorbitant fees, they should cap fees and/or force landlords to use an agency where the properties can be regularly inspected and repairs effected in a timely manner.

More people are now relying on the PRS for a home so it’s vital that landlords are incentivised to do so!

“Banning fees in rural areas will only create a shortage of rental properties when landlords refuse to pay for the extra costs. Goodness knows, they have little tax incentive as it is and may decide to turn their properties into holiday cottages – making it harder for people to find a home.

“Please, Kate Webb, look beyond large cities and understand what renting means for more people than those needing social housing and speak to people who know the rural areas.”

Jeremy McGinn, Jeremy McGinn & Co., wrote, “This ridiculous ban will simply push rents up negating any saving on application fees and even increasing the cost of longer tenancies.”

Simon Heawood, CEO, Bricklane.com, says, “A perfect storm is brewing for landlords looking to property simply as a financial asset. Policy makers across the political spectrum acknowledge that home ownership is valuable because it affords permanence and security, and not just for the financial returns which placated constituents of yesteryear.”

Phil Mcgrath, Smoothmoves, Nottingham, said, “It’s so easy to resolve. Just have a fixed nominal tenant fee where agents cover their referencing and credit checking costs and there is no reason to increase rents. Then the Countrywide type corporates can’t carry on charging their exorbitant fees which is why we are in this situation in the first place.”

At the second debate, The Ministry of Housing, Communities and Local Government Select Committee convened to hear from the RLA, the National Landlords Association, a build-to-rent company called PlaceFirst, campaigning group Generation Rent and Citizen’s Advice. Its other task was to find out what the wider world thinks of the proposed lettings fees ban.

David Smith, Policy Director at the NLA, gave the MPs his views in some fairly blunt language during a two-hour session.

David Cox, Chief Executive said, “We are supportive of agents seeking to influence the outcome of this proposed ban. Arla | propertymark has been at the forefront of this issue with a campaign directed at the heart of Government. This has included a campaign toolkit for all agents to share their views and educate their MPs directly on what they do for the fees they charge.

“Agents should continue to use the toolkit as their efforts will help especially now that the ban is starting its passage through Parliament. We are also actively working inside MHCLG with officials, and Ministers, who we see regularly to ensure that the views of all agents are fairly represented on the issue.

“Our economic analysis was a powerful argument in enabling the Government to understand the value that agents provide in their work, and we will continue to ensure that this and other information from our members is considered by Ministers as they deliberate on what this ban might ultimately look like. We are continuing to fight, and fight hard, for all letting agents.”

Isobel Thomson, CEO, NALS, said, “Since the fees ban was announced in 2016, NALS has been working with Government to ensure they have as much industry insight as possible and through our work with the Fair Fees Forum, fully appreciate the consequences of how the ban could negatively impact all parties in the PRS.

“Anything agents are doing to get Government to fully consider the ban is welcomed. NALS called on firms to engage with their MPs to ensure they understand what, on the surface appears to be a quick win for tenants, but which will ultimately end up costing them more and will disadvantage the most vulnerable.

“We believe the Draft Tenant Fees Bill shows that Government is firmly fixed on a ban, rather than a cap, but we must continue to focus our efforts to get the best possible outcome for everyone.

“We don’t believe that the current draft legislation recognises that agents provide an important service to tenants and don’t just act just on behalf of landlords, despite the fees ban, the charging of reasonable and specified fees for specific services should be allowed, to avoid a blanket ban which could inadvertently undermine agents’ ability to provide a good service to consumers.

“It is crucial that government looks again at the proposals and consider tenant fees in a broader, coherent framework of regulation for the PRS.”

National Landlords Association (NLA) The number of PRS landlords intending to reduce the size of their portfolio is at its highest for ten years, with 46,000 properties due to leave the rental market.

The NLA says 20 per cent of its members plan to reduce the number of lettings properties, largely because the recent tax changes for landlords and the looming tenants’ fees ban are “undermining the viability of many landlords’ businesses”.

Capital Economics was commissioned by the NLA to look into the tax changes, finding that landlords may lose £400m from the changes and ‘moderate earner’ landlords will soon pay

“significantly higher taxes” than those earning comparable incomes through other means.

Richard Lambert, CEO NLA, says, “The Government needs to look at the impact these policies will have on the PRS. More people are relying on this sector for a home, so it is vital that landlords not only provide a high standard of accommodation, but are incentivised to do so by the prospects of a reasonable return on investment,” says Richard.

“We are deeply concerned about the impact of the fee ban, agencies and far from profiteering, fees are used to recover legitimate operating costs. These costs will either have to be re-charged to landlords, driving up costs, or written-off, probably resulting in

“The majority of agencies operate fairly, there is no reason to arbitrarily ban fees. A cap, although far from ideal, would represent a better outcome than the proposed ban.

“When it comes to petitions, we would never try to dissuade an individual from adding their support. However, letting agents and landlords should be realistic. If 10,000 signatories are gained the Government will have to ‘respond’ – nothing more. That response will consist of a re-statement of their position, which is very popular with many of the wider public.

“If agents and their clients would like to make their voices heard we recommend that they write, email, or even tweet their MP directly pointing out the damage that the policy will have on their business and the local economy within their constituency. This takes a little more time and effort than signing a petition, but is far more likely to get the issue raised in earnest.”

To add your name to petition the Government to reconsider the Tenants’ Fees Bill follow this link https://petition.parliament.uk/ petitions/206569