Current regulation of the lettings sector is failing. Unscrupulous individuals can and are setting up letting agencies without appropriate qualifications, knowledge or understanding in order to profit from the current lettings boom. This has resulted in a lettings market that is risky for tenants and uncertain for agents.

Our recent consumer letting survey did show that the vast majority, 92 per cent, of tenants are satisfied with their agent. On the face of it this looks excellent, however, two thirds of those surveyed said they did not receive an inventory when moving into their property and a high number claimed to have no idea whether their deposit was registered or which approved scheme this was with.

This appears to demonstrate the worryingly low standards that have taken hold of parts of the industry and the low expectation that has come to be accepted by tenants.

Tenants generally put a great deal of trust in their letting agent, with four out of five mistakenly believing agents are required to abide by a government, ombudsman or regulatory code of practice. They only realise anything is wrong when it is too late and their deposit is unjustly withheld, or they suffer excessive charges or poor standards of service. This misplaced trust is not only detrimental to the tenant but also to the majority of honest letting agents who lose custom to the dishonest few.

Some local authorities, the Welsh Assembly Government and the Greater London Authority have tried to respond to the lack of regulation with their own systems. Whilst they should be commended for trying to tackle the issue, this risks confusing the situation further for consumers and agents alike.

We are calling on Government to take direct action to address the lack of regulation by making a simple amendment to the Estate Agents Act of 1979 to include lettings and managing agents, putting them under the same regulation as residential sales agents.

Similarly an alteration to the Consumer and Estate Agency Redress Act would force all lettings and managing agents to belong to an approved redress scheme. This still leave the question of client money protection and minimum competency standards but would at least be a step in the right direction.

There are signs that some authorities and MPs are starting to take note. At a House of Commons debate on letting agents’ fees in January, Jack Dromey, the Shadow Housing Minister, called for a clampdown on ‘rip off’ and obscure fees.

The OFT’s recent report into the lettings market also called for changes to protect the consumer. However, we remain concerned that the OFT’s recommendations do not go far enough and the government has not, so far, committed itself to change. The House of Lords is also currently debating this subject and the DCLG select committee has also recently called for evidence.

It is only through a single, nationwide regulatory and redress system for the entire residential property market that we can create a level playing field for all agents, weed out the corrupt elements and ensure the safety of
consumers. We urge government to make the necessary changes now.

Last year approximately 99 per cent of my|deposits members returned their tenant’s deposits either in full (60 per cent), or with deductions agreed by the tenant (39 per cent), without the need to involve the scheme.

However, some tenants could miss important information that may affect the return of their deposit.

Sean Hooker, Business Development Manager, my deposits, said, “The fact that the overwhelming majority of tenancies are ending without any issues is positive news and is further evidence that TDP is helping to improve the process of taking deposits in England and Wales.

“However, it’s vital that tenants carefully read both the tenancy agreement and inventory as they contain essential information and may detail the conditions in which deductions may be made to their deposit”.

For situations where problems arise over the return of the deposit, my|deposits has produced a guide to negotiation for landlords, agents and tenants. The guidance focuses on the importance of communication between both parties and aims to resolve issues that could otherwise end up in a formal deposit dispute or, even court. 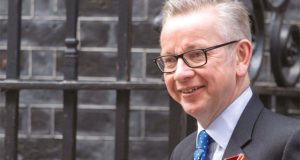