Builder and lettings manager turned 33 properties into a huge business housing plants worth up to £7 million. 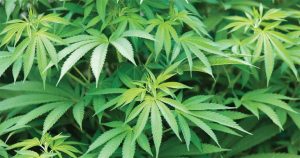 A man who worked as a lettings manager and builder has been jailed in Liverpool for eight years after using his network of 33 properties to set up a cannabis farm that turned over £7 million.

For a period of two and a half years beginning in February 2015, 52-year-old Robert Zielinski sub-let the properties off legitimate letting agents and landlords in the city and promised to either find tenants for them or do them up,

Zielinski got access to the properties by saying he could find a large supply of tenants from the Polish community and help rent out properties on a large scale.

But instead Zielinski (pictured, left), who is from the Toxteth area of Liverpool, began growing cannabis at many of the addresses and, when arrested in July, some 9,500 plants were discovered at the houses with a street value of £7 million.

“There will generally be a number of hot lamps hooked up to dangerously overloaded electricity sockets as well as an extensive watering system.

“Clearly, electricity and water are never a good combination, and the fire service has seen an increase in the number of fires they have been called to as a result of fires caused by the crude systems put in place by the people who set up these farms.”

Zielinski started out in 2005 as a builder who dabbled in the property industry but soon fell in with a criminal gang.

The Liverpool Echo reports how during his trial the court heard that, as well as cannabis production he claimed benefits he was not entitled to worth £47,000 and stole electricity worth £500,000 to power the production.

It also emerged that Zielinski used a variety of measures to avoid detection including changing the locks on properties and paying rent to both letting agents and landlords to make them believe the houses had been rented out to real tenants.