The average person consumes around 10 to 18 hours of content every day. By 2017 it is expected that over 69 per cent of online content will be video. Bearing these two statistics in mind it is not too hard to work out why it is moving this way. Video is automatically played in social media newsfeeds; it grabs people’s attention instantly and is easy to digest.

Bombarded with content daily, with an attention span of less than 8 seconds, consumers are far more likely to pay attention to a video right in front of them than a lengthy article hosted on a third party website.

It is also a very shareable medium and statistics suggest that 75 per cent of users visit a brand’s website after watching a video. In the last couple of years, the rise of video on social media platforms has been undeniable, with new platforms, designed specifically for sharing video, appearing as well as new features and apps on existing platforms.

You don’t have to be an expert film-maker or own lots of expensive equipment – however, some planning can go a long way.

Using video on your social media channels can increase your engagement, brand awareness and website visits. You do not have to be an expert film-maker or own lots of expensive equipment: many modern smartphones are equipped with clever cameras and features that will help you become a filmmaker in no time. However, some planning can go a long way.

Here is a rundown of all the places you can broadcast and why you might choose each of these channels to host your video.

Facebook has vastly improved the way video is uploaded and on top of this, Facebook gives you a much bigger reach (and more views as result) if you upload your video onto its platform.

How can I use it?
Creating short videos of the local area or even short bios of your staff are alternative ways of engaging with your fans without them even having to leave Facebook. The timeline nature gives fans an accurate idea of the age of the film.

Facebook is in the process of launching 360 degree video – imagine your customers being able to virtually look around a property from whichever angle they like in their own time!

YouTube has a far higher retention rate (10 times higher!) and is the second biggest search engine after Google.

How can I use it?
Whilst Facebook is great for getting your video out there, YouTube is a good place for being found and storing all of your films in one place.

Why use it?
Instagram is now officially bigger than Twitter and as a mobile platform is perfect for creating and hosting short, informal videos. It has an active user-base and is especially popular with young urban users under 35: perfect for the first-time buyer market.

Filters can also be added on Instagram, which can be a good way to compensate for poor lighting or a shaky hand!

How can I use it?
Instagram is a good place to upload brief items such as tours of specific parts of a house, e.g. the garden or the ins and outs of the kitchen.

It’s mobile-based, which makes it ideal for recording on-the-go and basic editing software is built into the app.

Why use it?
Periscope is the new live video app owned by Twitter. It launched in March and 10 million users watch over 40 years of video content every day (yes, 40 years!).

It works by broadcasting live content at a specific time on Twitter and then saving for up to 24 hours.

How can I use it?
This app could be the future for clients that can’t make a live tour of a property during working hours or it could also be a good way to demonstrate your expert knowledge by, for example, scheduling live Q&As about a certain area or a specific property. 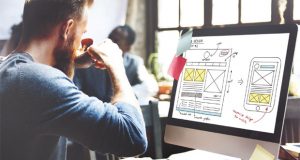 Hit refresh! – is it time to review your website?