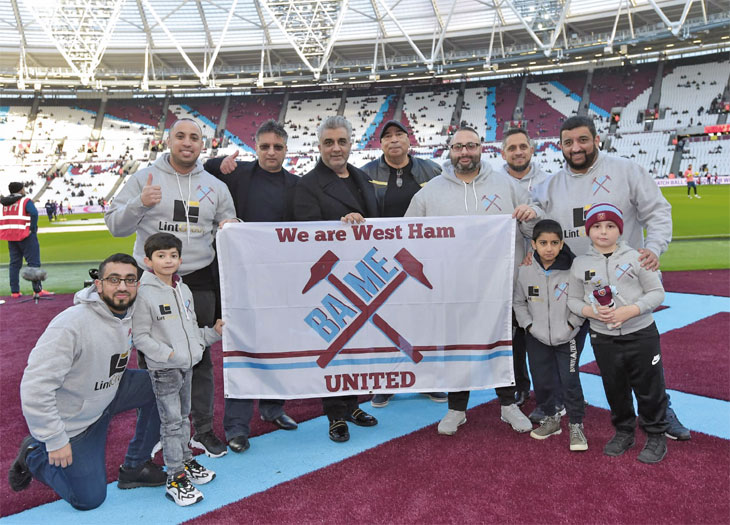 Lint Group sponsors West Ham’s Black and Minority Ethnic (BAME) Fans Group, the first ever in the UK. On 18th January BAME Hammers held a launch alongside ‘Kick it out’ day. Former professional footballer, Carlton Cole, a passionate advocate of inclusivity and diversity, supported the launch as the West Ham BAME ambassador.

Latest statistics from the annual survey by the Inclusive Board Ltd indicates 40 per cent of BAME respondents felt that their experience in sports was negative, whereas only 14 per cent of white British individuals felt this way. This is a huge disparity, which may mean ethnic minorities encounter more barriers with championing sports. Nonetheless, Lint Group and BAME Hammers are committed in ensuring young people from a BAME background have a range of facilities and a voice in Football. This is a great way to promote diversity and inclusion in sports.

A key initiative is the provision of a multi-faith room, a new thought process in sports. Rizz Patel, Lint Group Managing Director said, “It’s great to see that West Ham United and BAME Hammers will take racism head on and combat it. West Ham is a great London club and to see it taking positive steps in this direction is something that Lint Group supports 100 per cent.”